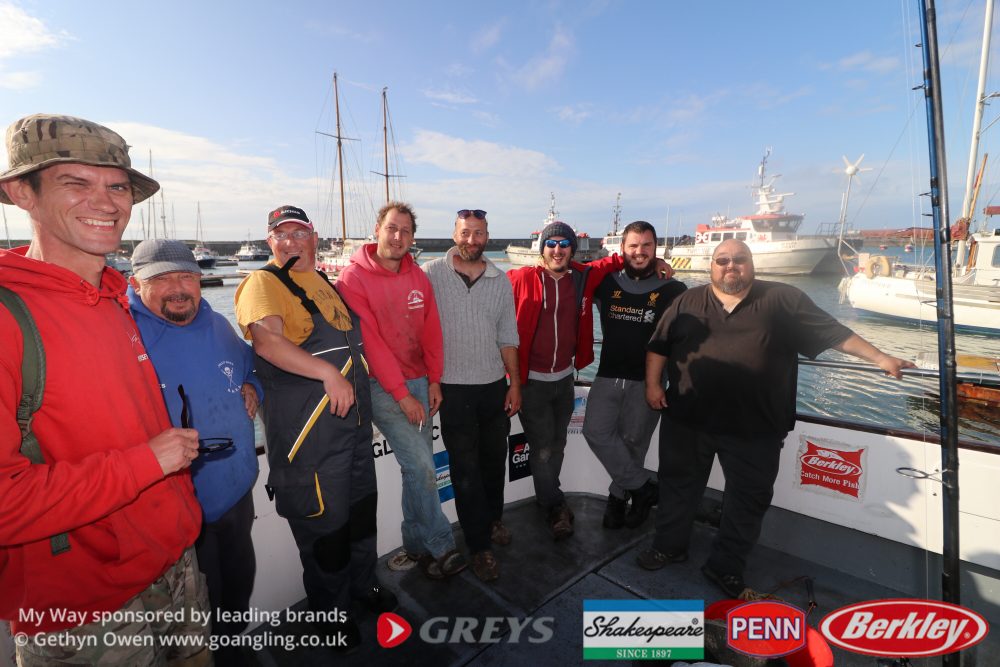 We fished our second Pure Fishing summer competition day today with the slight twist of a Facebook inter group challenge with the Hardcore Hounds up against the Jolly Boys. All anglers with their sights on the first place prize of a Penn Rampage uptider, combined with a Penn Fathom 15 multiplier courtesy of My Ways sponsors Pure Fishing UK Ltd. 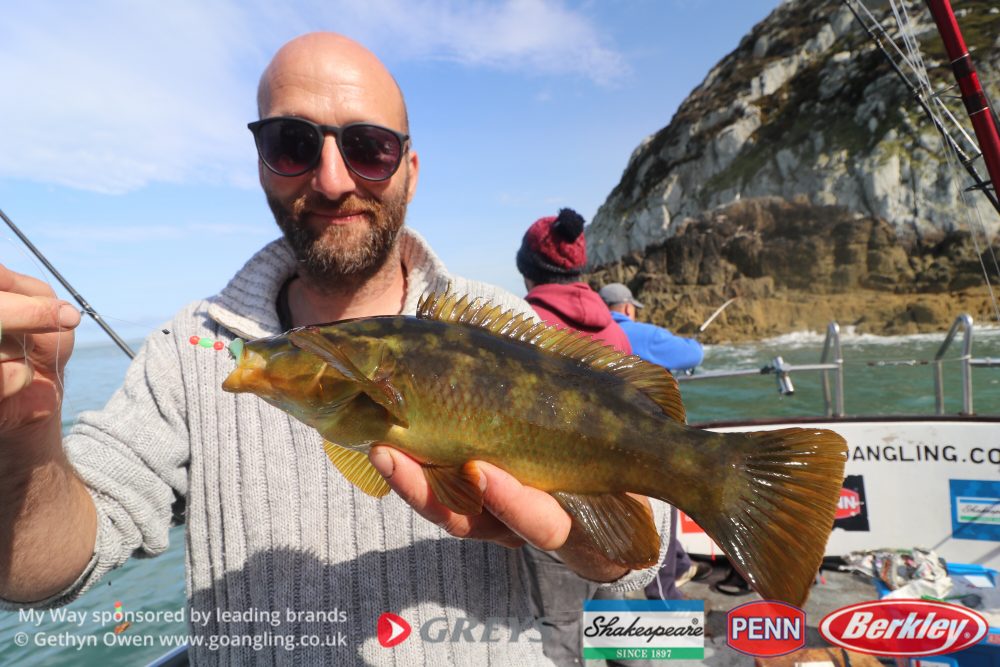 Forecast was not the best, a stiff SW F5 blew most of the day restricting our movement. This never dampened the spirits aboard My Way, with plenty of fish being caught from around the bay during various drifts and anchor fishing. 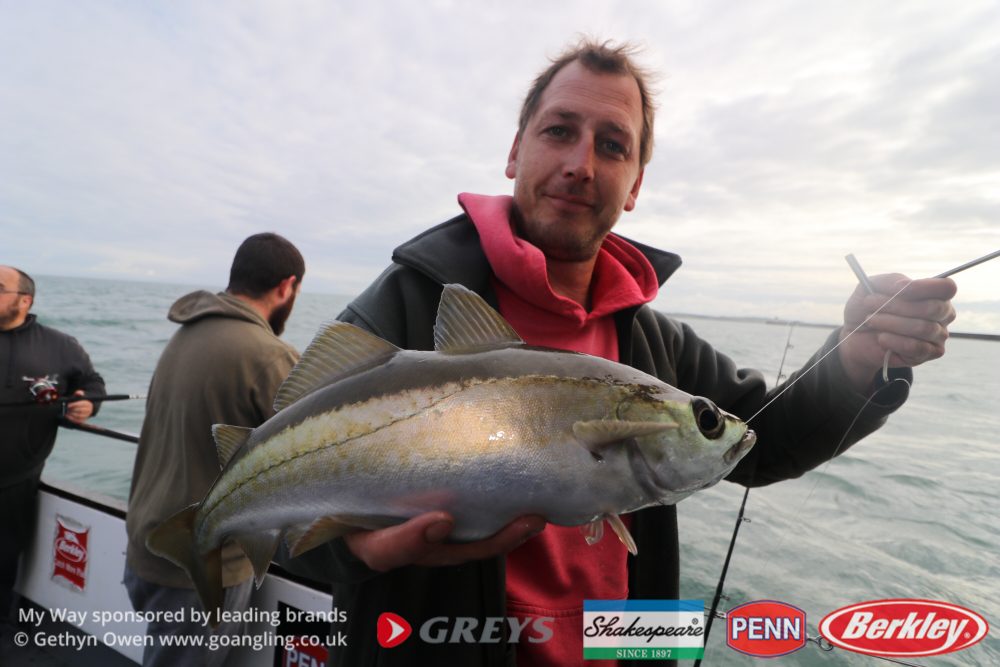 With just short of 300 fish being caught for the 6hrs fishing, the lads worked hard given the conditions. On the drift wrasse and the odd pollack accounted for 80 fish, with ballans, cuckoos, corkwing and a good amount of goldsinneys. 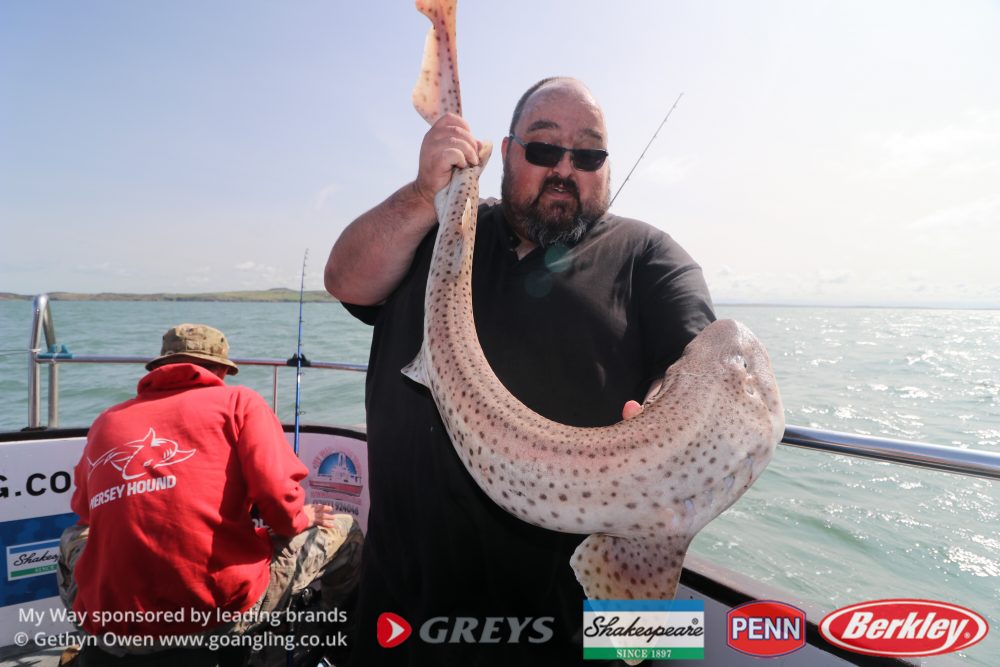 At anchor dogs and whiting led the way with over 100 combined total. 17 huss and a solitary tope for Brooksy added to the mix along with a few other species. 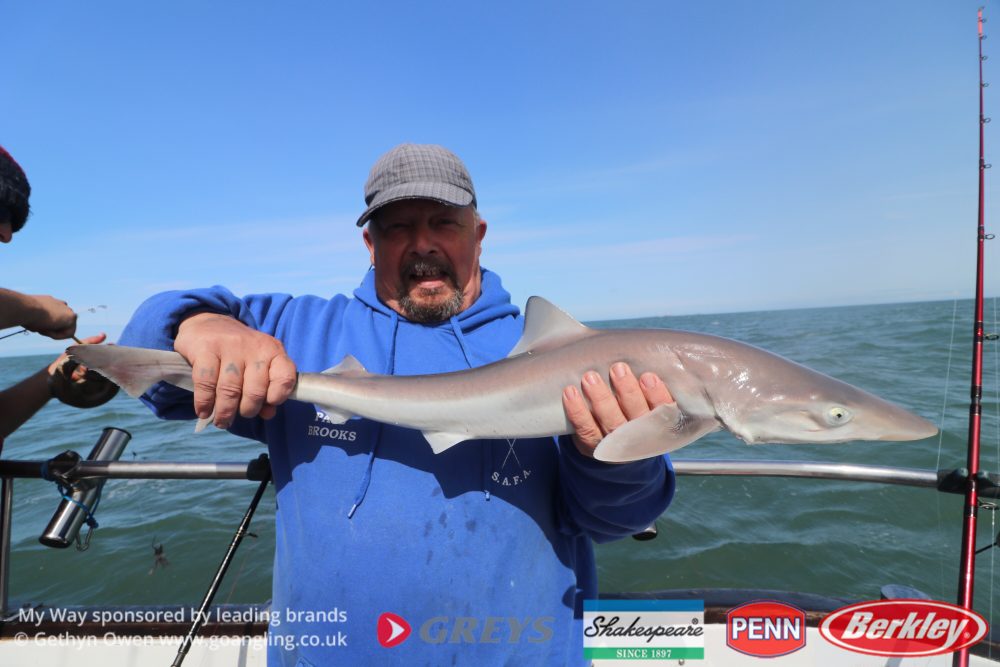 It was a tight match at the top, with three anglers vying for first place, eventual winner was from the Hardcore Hounds, Jonathon Hudd amassing a very respectable 190points pushing Mark Dolben and Pete Minns into 02nd and 03rd places respectively. 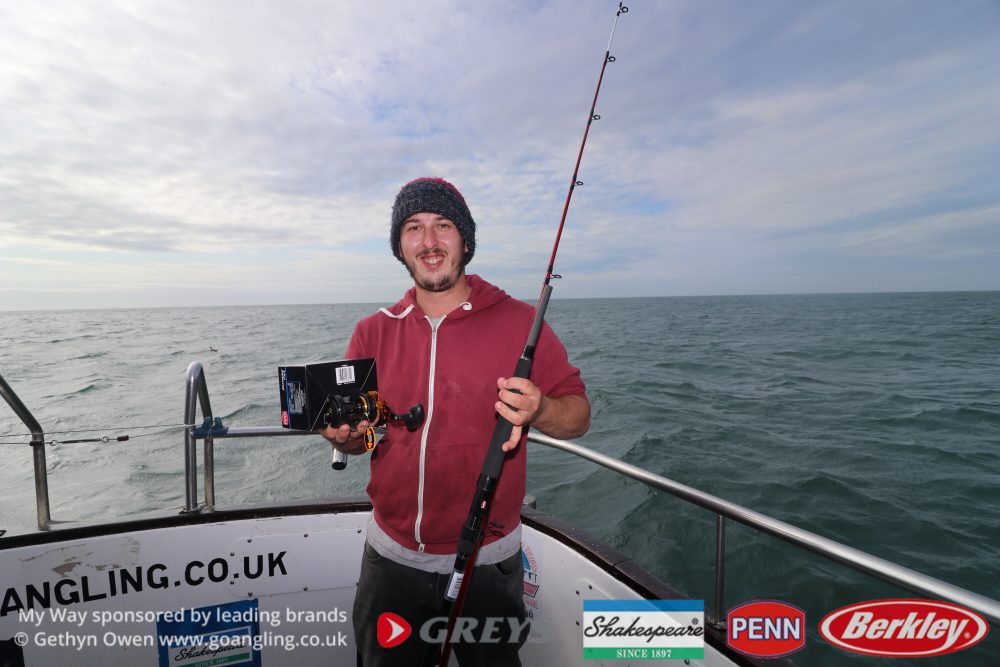 Overall winners of the inter group challenge were the Jolly Boys, stealing a win from the Hardcore Hounds by 45points.