Big blonde rays have become something of a rarity for us in recent years. We didn’t see one last year, and only a handful to 14lb in 2015. So an away day was in order. 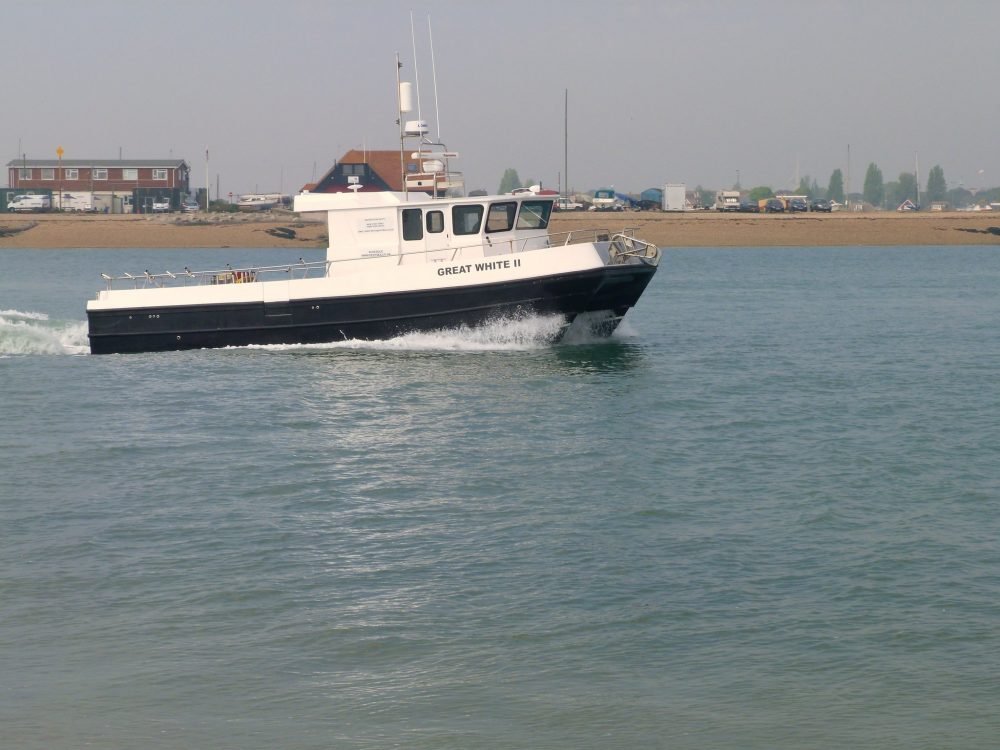 Having seen the quality of the early season ray fishing on the South Coast, myself and a few mates decided on a trip out with Sean Heath aboard his impressive catamaran Great White 2.

Couple weeks earlier, the guys were cleaning up with blondes to 28lb and also an astounding quantity of school bass over the banks. 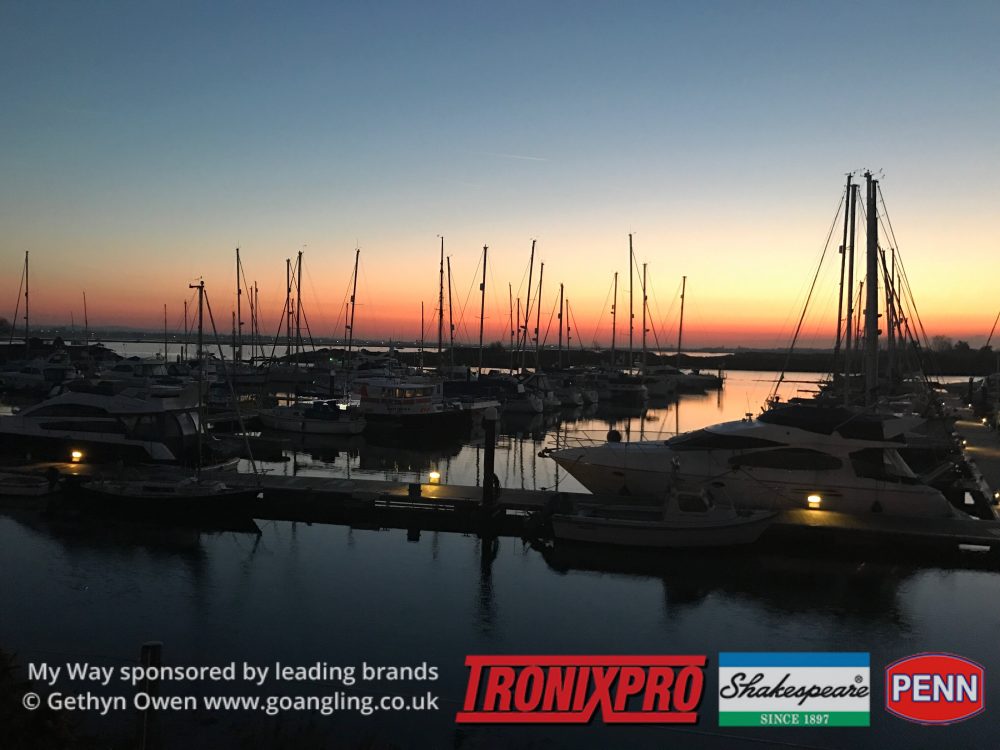 Our day started off with a gorgeous sunrise over Northney marina on Hayling Island, I never tire of just the most simple of things to watch, even if it was whilst standing in -6.5 degrees with a brisk easterly wind.

On our way out our skipper suggested we try for a few bass. The birds appeared to be working, albeit not in the frantic manner normally associated with a feeding flock. 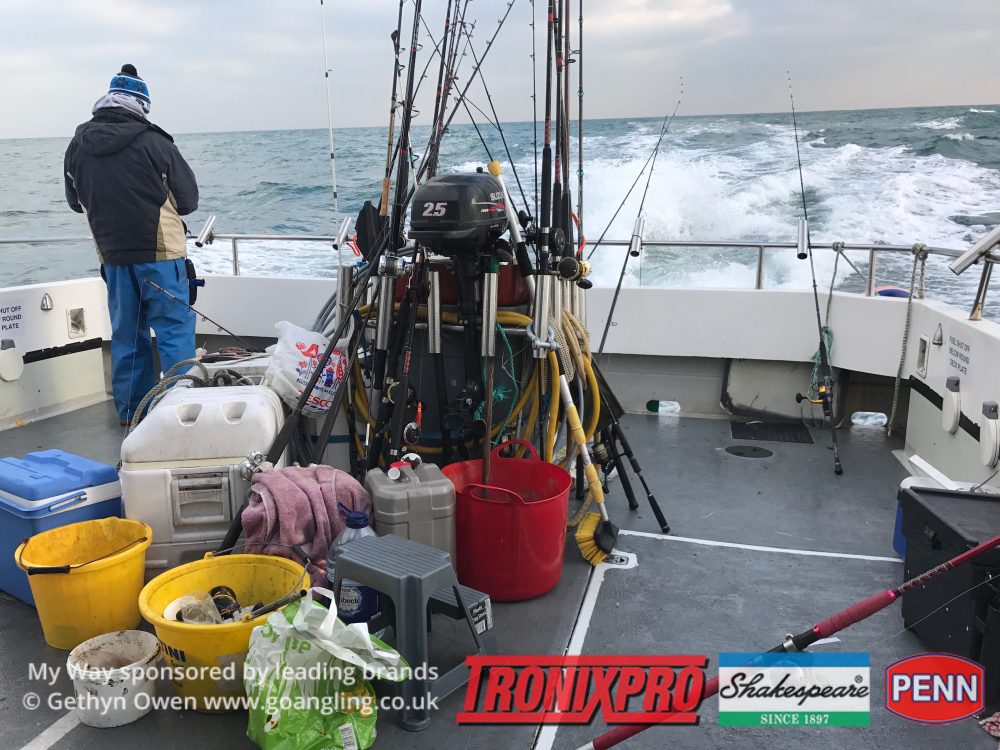 With a few knocks but no hook ups, we were soon off again, following the birds and looking for fish. The sounder was showing plenty, but it seemed the bass were full on baitfish that were too filling up the gulls. The bass simply not willing to play their part in our day afloat.

Another move and we were into a few, sadly not a tremendous amount, but enough for everyone around the boat. 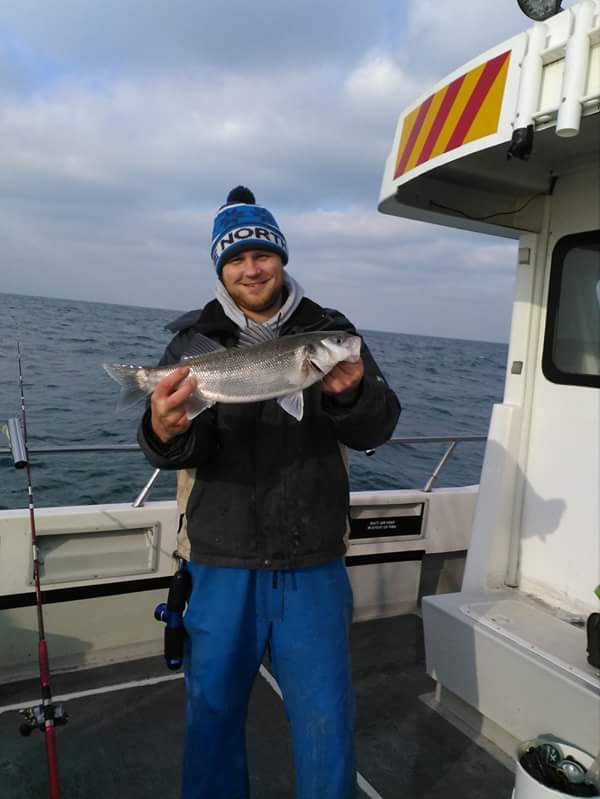 Well, all except me. I managed tub gurnard. After all, it was a gurnard trip. 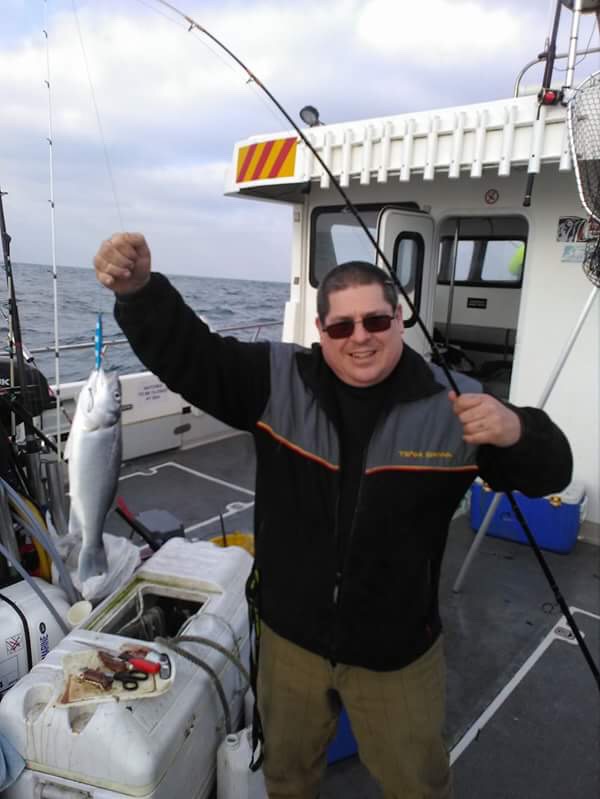 Sean with a bass on a jig he made one evening whilst tinkering in his dolls house.

Onto the ray grounds and a similar story, only this time with the addition of dogfish chomping on our baits. Jim managed to show us all up with a small painted ray. The first one I have ever seen. Such a lovely looking ray, with some awesome wing markings. 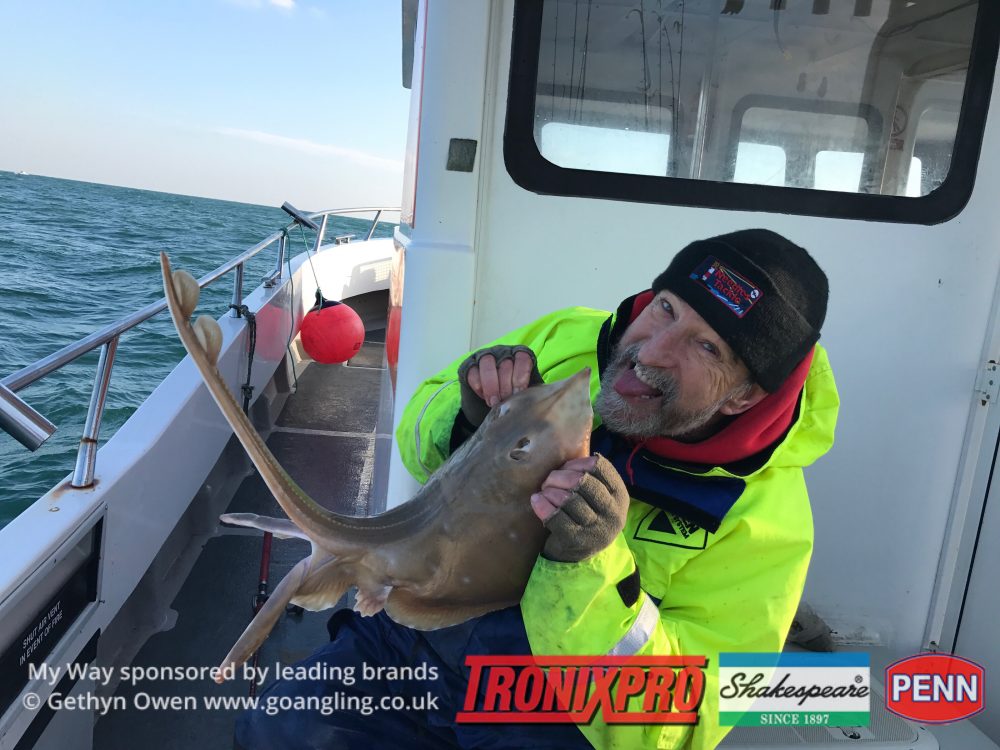 Sadly not the best of photos with the cold wind, lumpy sea and Midge wanting to snog the poor thing.

Lucky Rob, as he’s now known, managed to bag the biggest ray of the day, just touching double figures, a target blonde too. Result for him. But still no double figure blonde ray for myself. 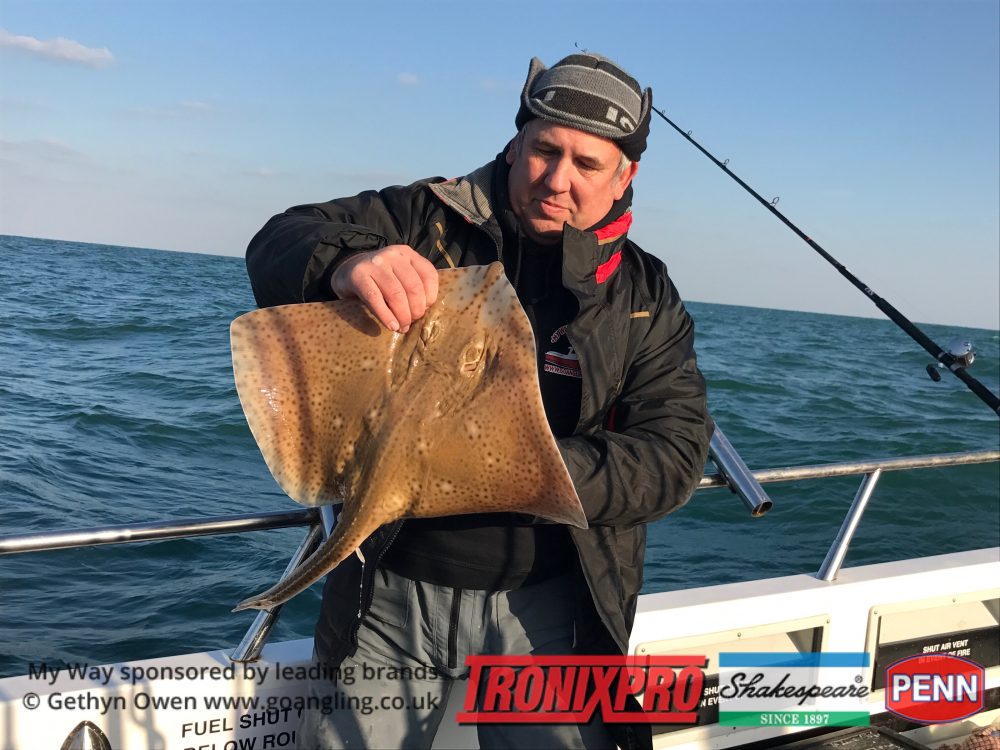 None the less it was a great couple days away. New port, meeting old friends, a few beers and some lovely food. Fishing is secondary at times, despite all the will in the world and attempts of your skipper to nail the fish for you, it doesn’t always work. 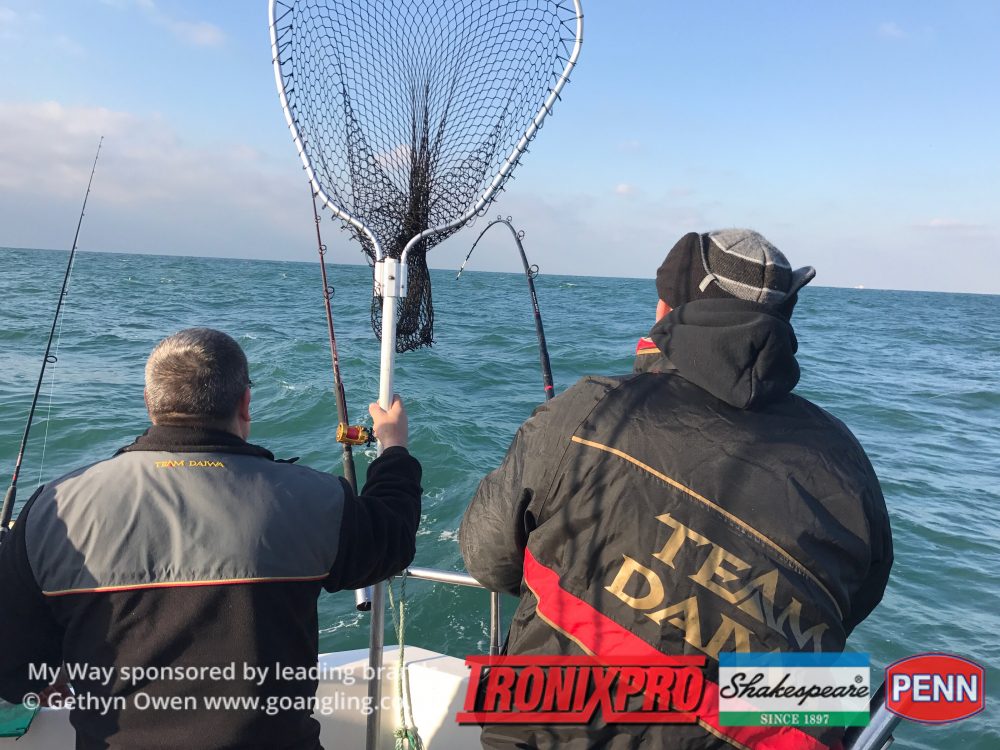 But we’ll be back, next year already boxed off and maybe an autumn run too.
If you’re interested in a good day afloat from Hayling Island, check out Sean’s website http://greatwhitecharters.co.uk and get in touch with him.

If you fancy joining us on our day or two in a 2018, feel free to email or call