Pollack can be caught off the wrecks around north Wales throughout the winter period, however during this time it’s the weather that tends to knock the odd trip off from targeting these all of these hard fighting species. With us now heading into April, Easter will soon be upon us and with the days growing warmer and longer, the weather should continue to become more settled. As well as the inshore action we will be looking at setting sail a little further from port in search of bigger specimens. 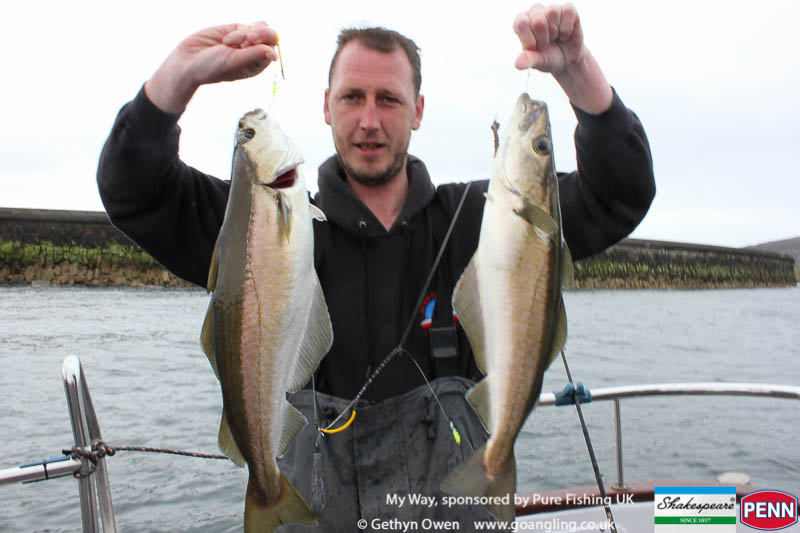 Pollack tend to spawn between February and May, which may explain why larger specimens can be found during April and May. Habitats do not very that much with pollack normally found around reefs and wrecks.

Whether you choose drifting the waters around a rocky outcrop against a wreck both scenarios can offer some great sport with pollack. Inshore you can scale down your gear and challenge yourself on LRF outfits and pollack to 5lb, or fish the deep sunken wrecks for pollack aboard My Way that regularly go 12lb plus.

Lures such as red gills, shads and jelly worms are definitely the lure on the wrecks and can occasionally work closer in, however when venturing onto the reefs, ragworm is one of the best baits that can be deployed, with live sandeel also knocking on the door for first place. 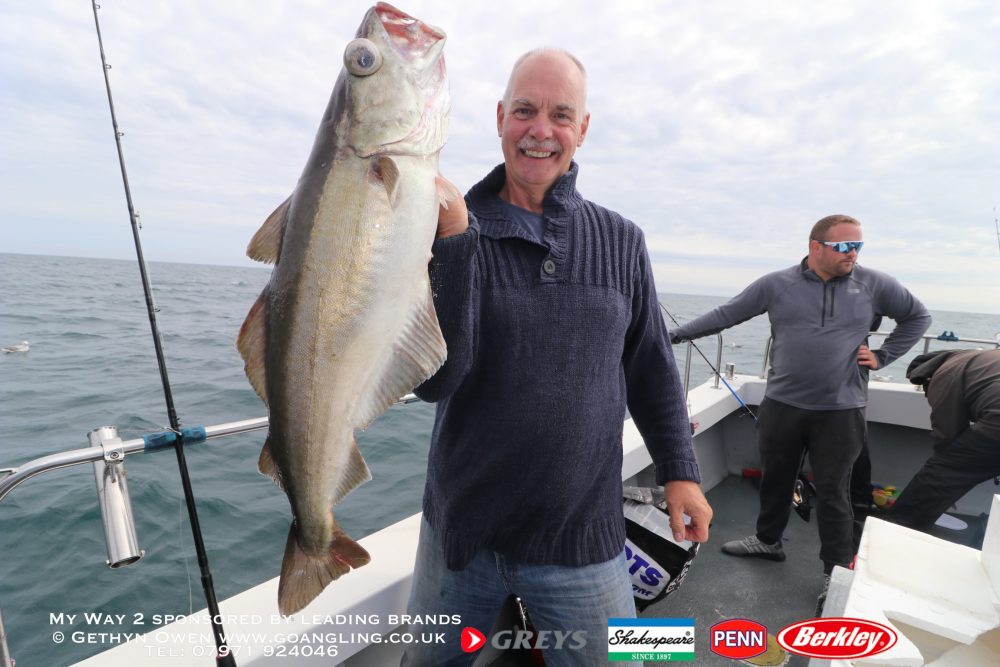 Using a flowing trace such as the flying collar rig, trace lengths can be anything from 3ft to 15ft, depending on tide run and the drift. Fishing a hook size 2/0 – 4/0.  Many anglers also prefer to fish a paternoster rig, 2 hooks fished similar to the east coast killer rigs. 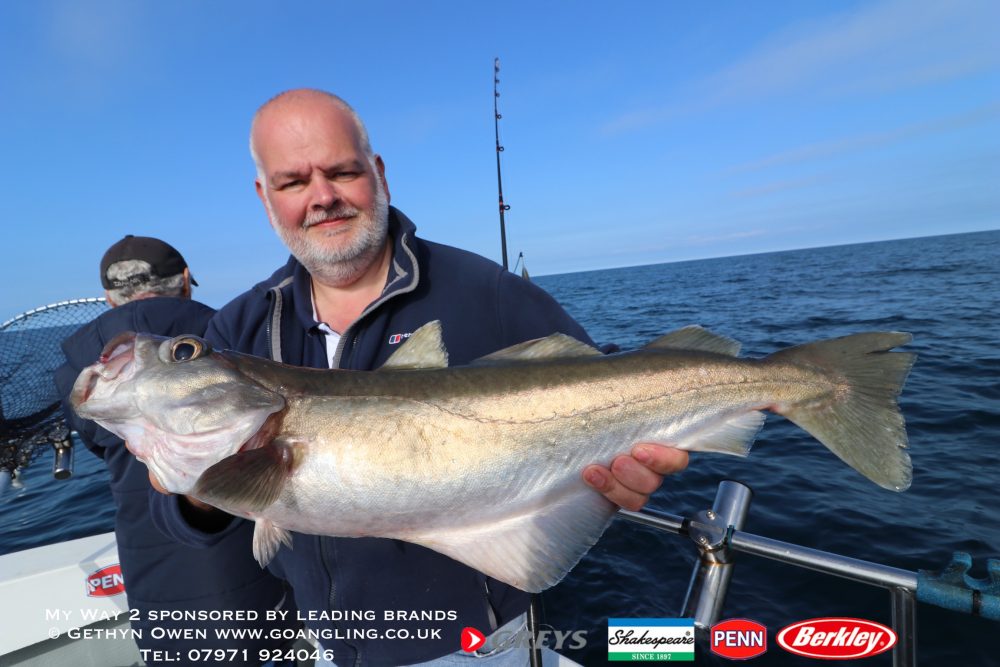 Once ready to start fishing drop your bait to the bottom, once your lead hits the sea bed and as your boat gently drifts over the ground being fished, slowly retrieve your bait counting the turns of the handle as you go. If you receive no takes from a fish drop down again and repeat the process.

With this style, varying speeds of retrieve or depths to which you retrieve the bait can often help induce a take from a fish. This can only be found on the day of fishing. Quite often you can be fishing a prolific mark and catching pollack without fail, but returning to the mark, the next day or even a few hours later will result in no fish. However a simple change in retrieve speed or from worm to sandeel will entice the pollack to feed further. 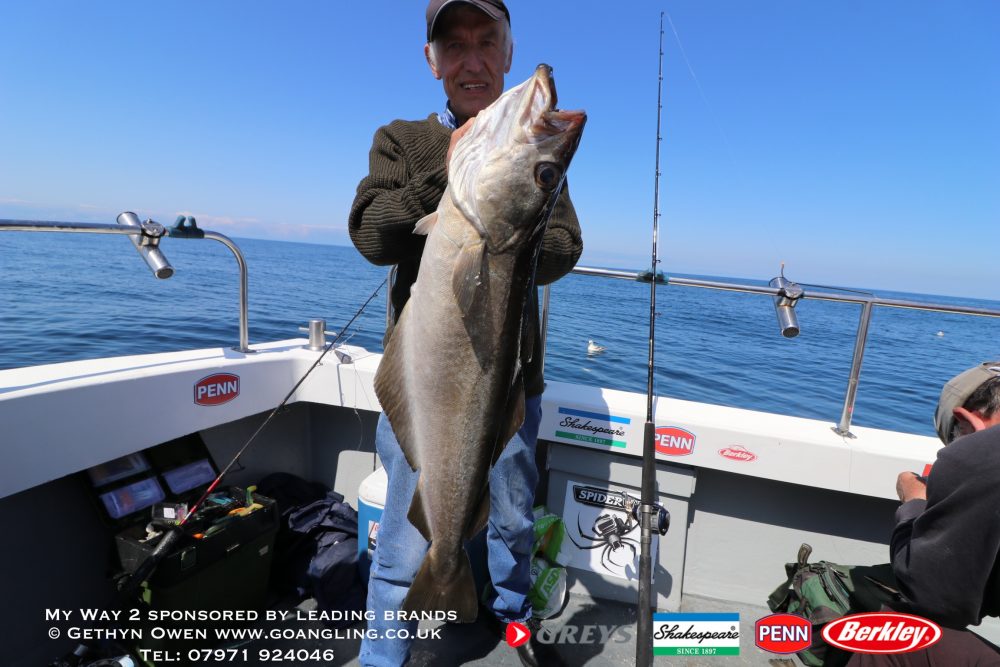 Before a fish takes, it is quite normal to feel the pollack ‘plucking’ at the tail of your bait. It is important at this point not to strike or speed up the retrieve (this is harder than it sounds), in doing this, your bait may act less natural and you may spook the fish, thus the pollack will simply leave your bait and swim off to feed elsewhere.

Fishing over wrecks is a fairly similar affair to the reefs, with drop and retrieve the favoured method for most anglers, however on the wrecks the best results tend to come from a variety of artificial lures. The most widely used in the UK are red gills, eddystone eels and the many different styles of jelly worms and shads. 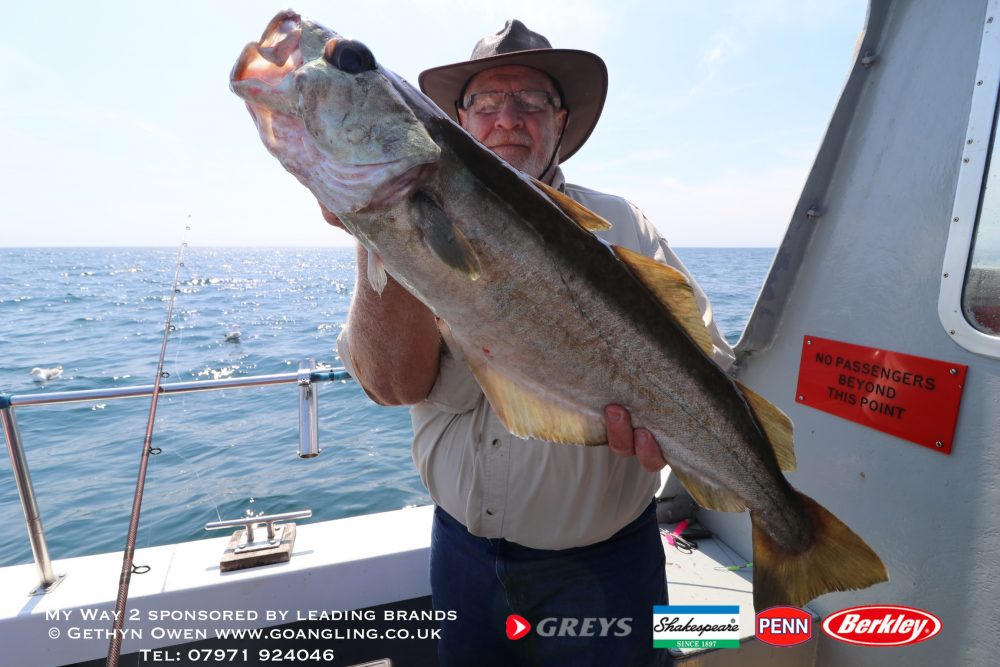 A famous part of the North West for pollack and cod, anglers will often find themselves drifting the Irish Sea and St Georges channel in up to 400ft of water. The fishing can be very hard at times, but equally rewarding with catches of 15lb+ specimens not uncommon. 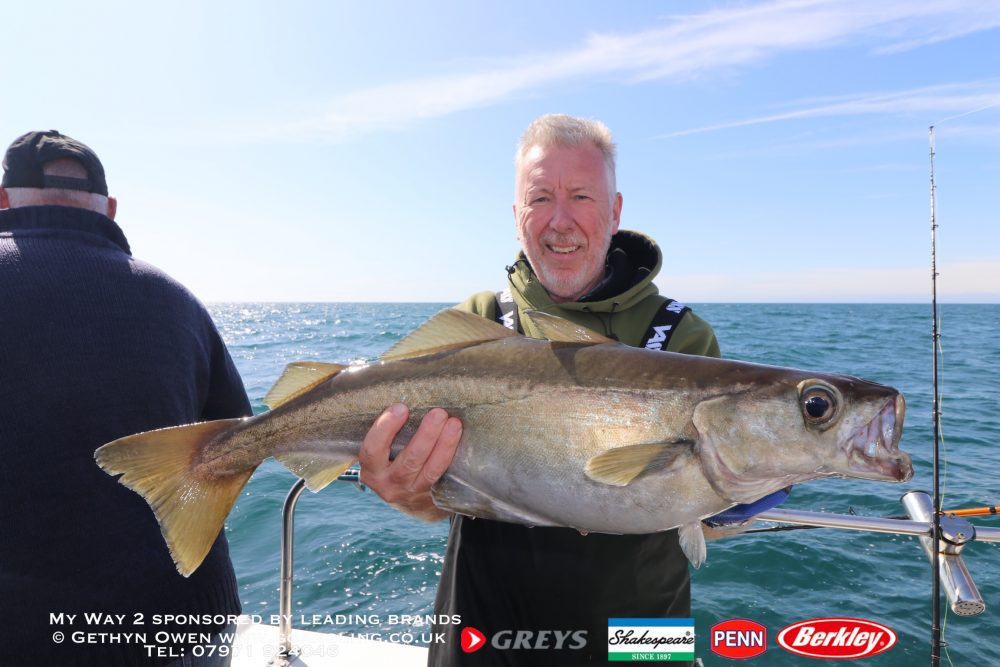