The day started of pretty lumpy, headed over to a mark for a couple of drifts and wind and tide kept us moving very very slowly over the drift which produced a good few pollock including a couple nice 3lb ones and 2 dogfish on the drift! 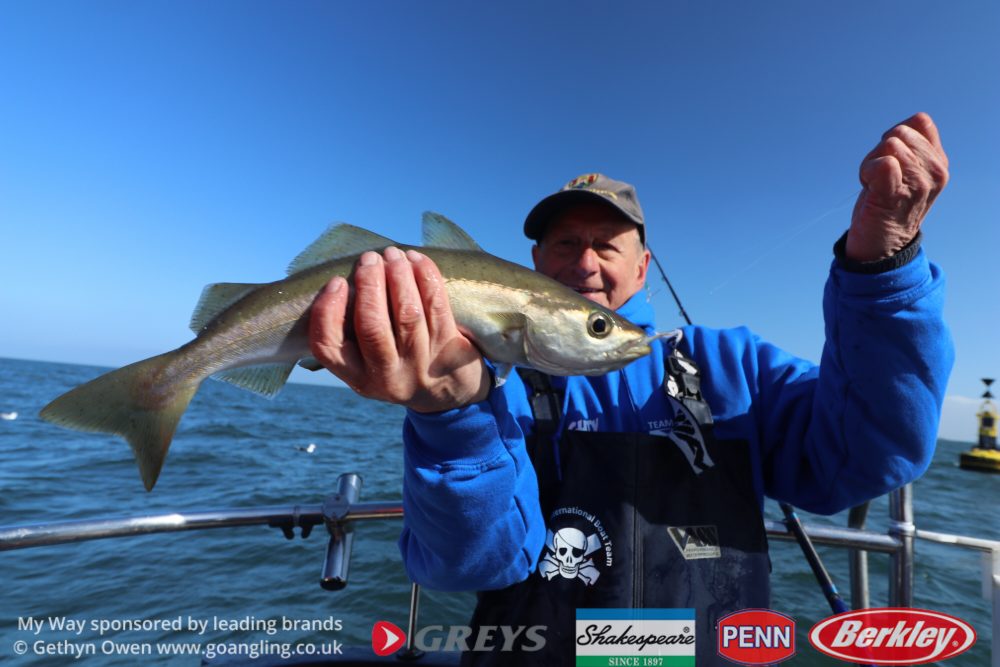 We then headed out a little to another mark and again lumpy sea on the drift with more pollock coming aboard to most anglers and it was this drift I learnt an awful lot about the Penn Fathom 15ld 2speed I was using (more to come about this) when I dropped what felt like a very good pollock, every day is a school day hey. 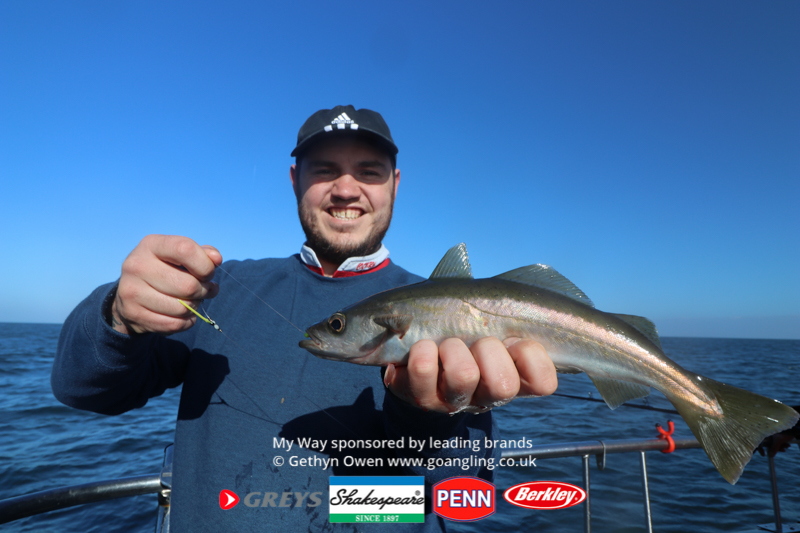 After a couple of drifts we headed in to target some early hounds, a pretty fruitless hour or so but a real good chilli, then we were ready to move Gethyn had fired the engine up ready to drop the anchor bouy when I had a solid bite and after an excellent fight what felt like 10+ minutes Gethyn had netted my first ever Smoothhound and a good sized one at that around 12-13lb. 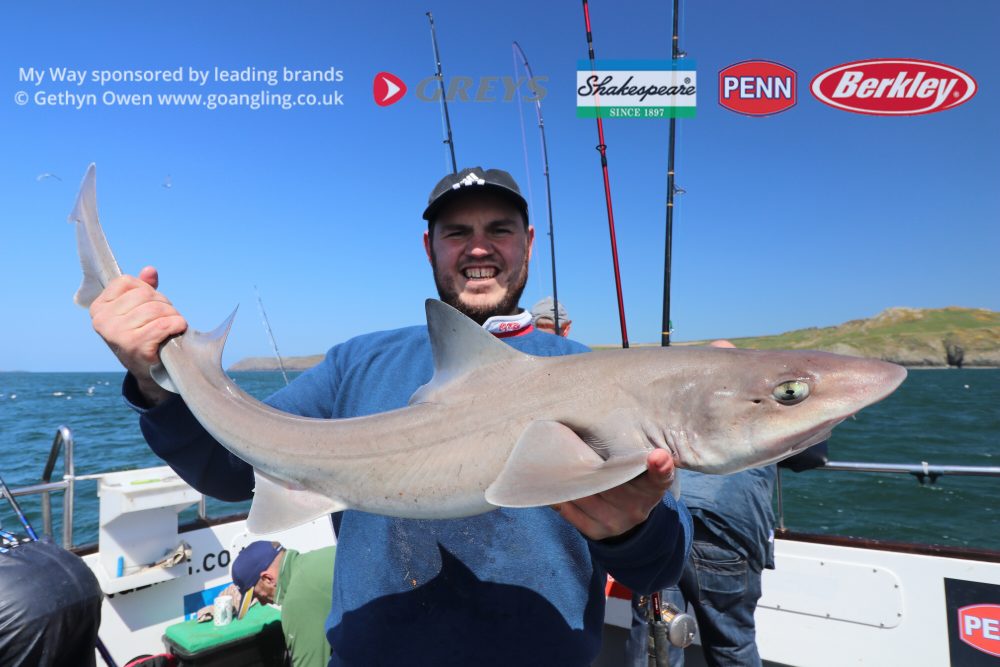 So we used up the remainder of the crab to no more hounds unfortunately but fish still being landed. For the final hour or so we anchored up in another area to target more species and again the fishing was pretty good. So the day ended and we headed back in, another excellent day afloat with some amazing food and excellent company all kept in high spirits all day thanks very much to Gethyn.

Now the Penn Fathom I mentioned. The Penn Fathom 15ld 2speed , what a reel coupled with the GREYS GR75S 12-20lb rod is such a great outfit. The reel nice and compact while holding more than enough line and that precise lever drag made me feel really confident when fighting the hound. Here’s to the next trip