So today, myself and a great bunch of lads went out on My Way with Gethyn Owen, great banter, excellent food including the poshest sausage and bacon sandwich and the best millionaires shortcake I’ve ever eaten.

We started on the drift for pollock and wrasse and were rewarded with a few fish for our efforts including cuckoo wrasse, ballan wrasse and pollock for myself, then we headed to the deeps and after a couple of fruitless drifts in which the pollock must of been hiding from the predators that were following. 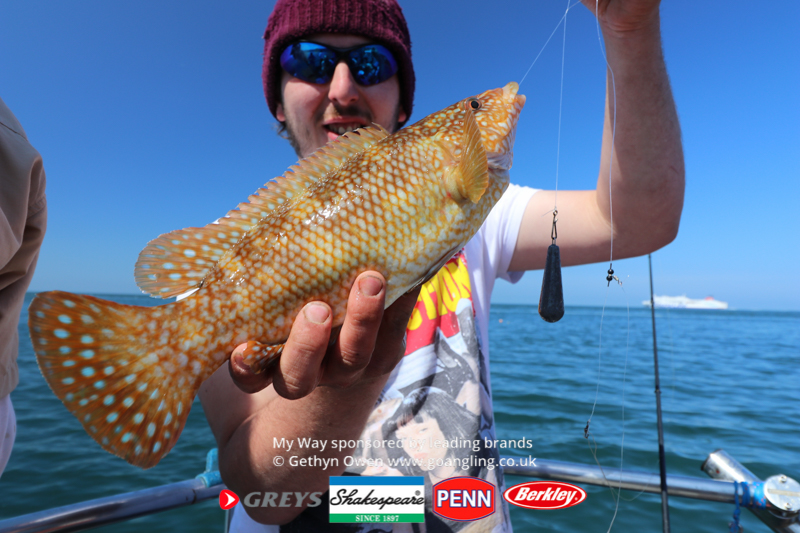 Gethyn put the anchor down and we were away, it was quiet for 20 mins or so and then Carl Gwarek had a nice tope. 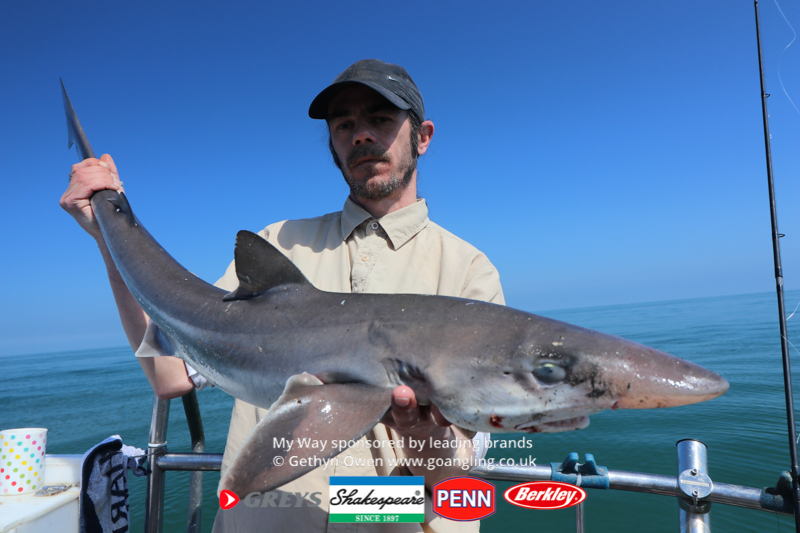 Followed by the first spur to Norman Bowerman, I then lost what felt like a nice spur when it bit through my trace, gutted. Meanwhile Tom Murphy was making easy work of the spurs. 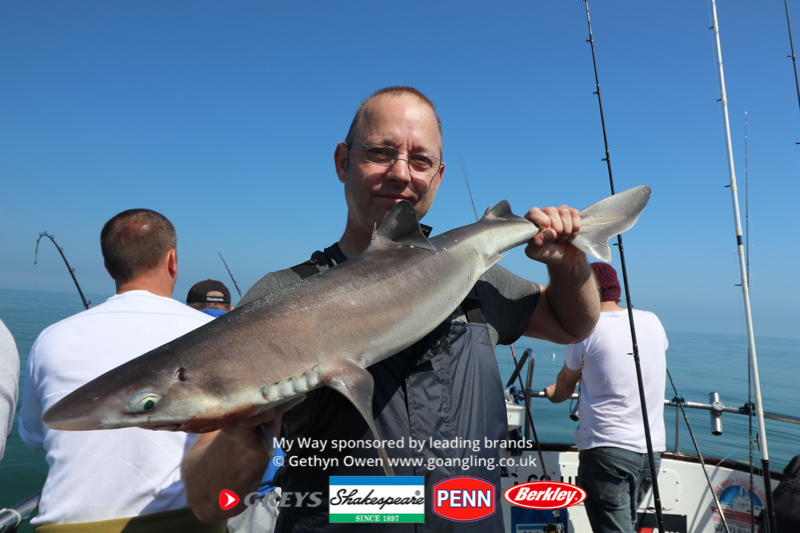 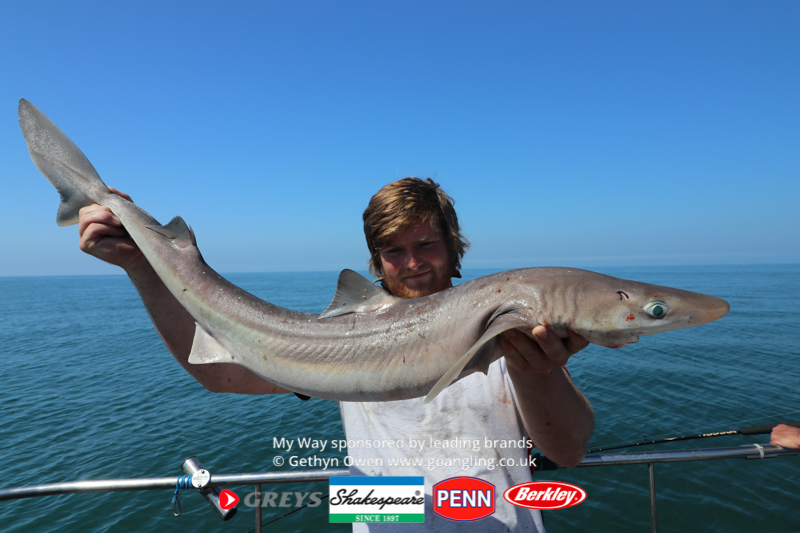 Then the pack tope came on the feed with a flurry of fish around 10lb mark including one to myself, thinking my chances of a spur had gone when I noticed a bite, hit into it and felt it was a better tope all the way in until I saw it, I was made up when it went into the net, first spur ever after years of trying not a bad one either! Just like buses I had another one quickly and that was a better sized one probably into low doubles. 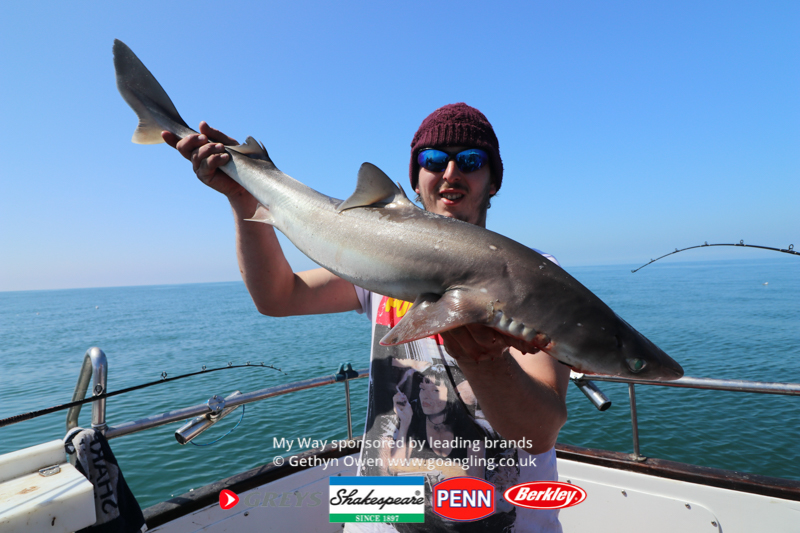 We then headed in shore for a few more drifts that threw up some nice pollock, then, it was onto the hounds and we all put on peeler and went for it, it was slow as expected with it being early for them. Paul Anthony Brooks had a small Huss and then the first hound came aboard to Anthony Harrison, I won’t mention the one that was knocked off shortly before 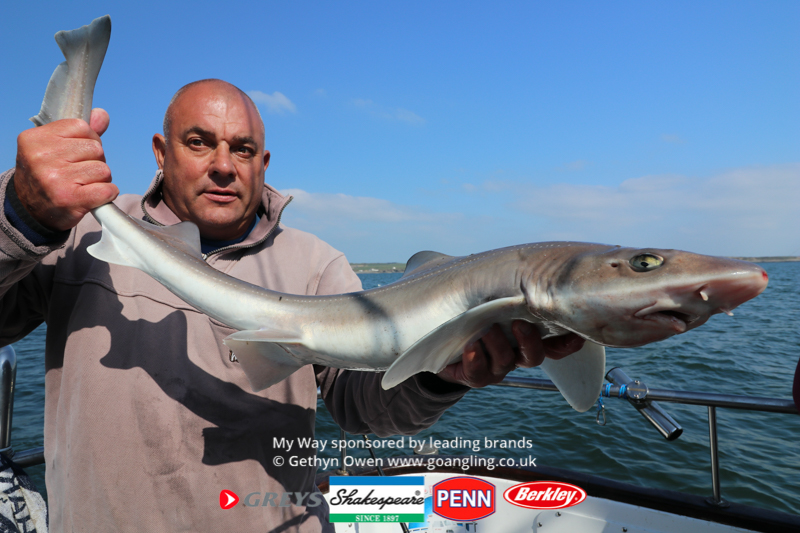 I then had a nice bite and struck into what felt like a really nice fish, it fought hard all the way to boat where gethyn put it safely in the net. A hound of double figures, this was the icing on the cake for me and it finished what was one of the best boat trips I’ve ever had. I highly recommend Gethyn, a great day out. Cheers lads.

Edit, forgot to mention Ste Macfie and his cracking spur 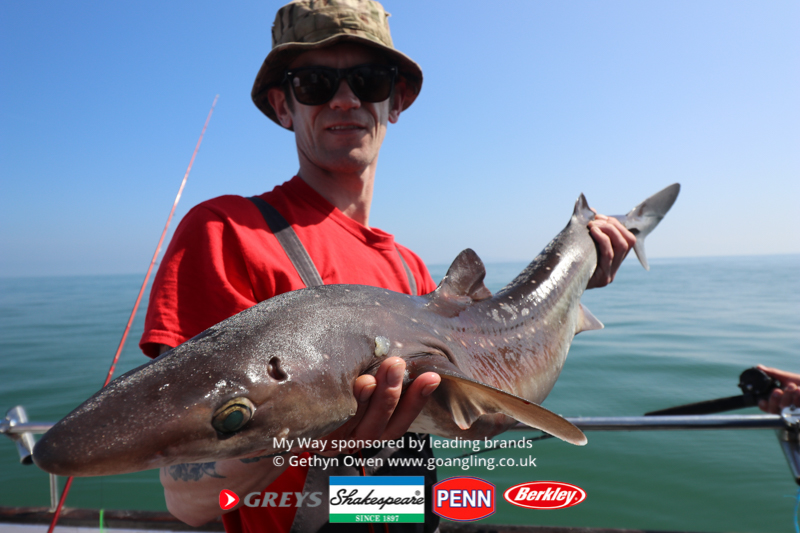