Squid is a very versatile bait that can be used on its own, in a large cocktail or as a small tipping bait. 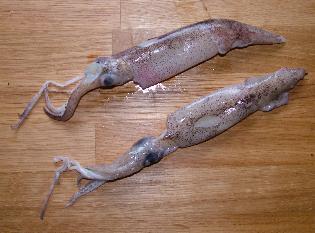 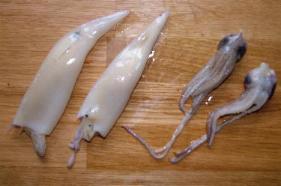 Cut the squid to open it flat, exposing the inside. 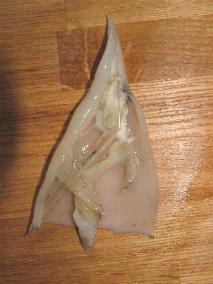 You are now left with one squid body, the squid guts and a plastic spine. You can now discard the spine. The guts can be retained. They sometimes make an exceptional bait for various species. 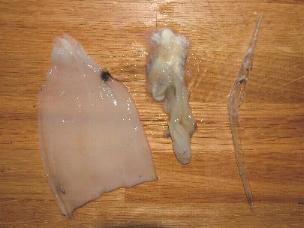 Below a selection of uses for squid as hook bait. 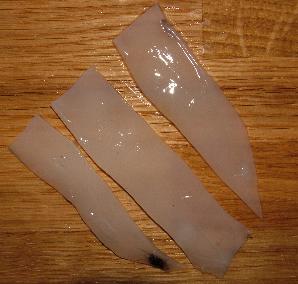 Cut the squid into strips.

Used to tip baits such as ragworm or Create a similar effect to a squid head. Used often for huss and also bream

Larger pieces specific for dogs and huss. Can also be used to tip large mackerel baits

Squid heads are a great bait for all manner of species, including rays, huss and dogfish.