The upper jaw on a cod protrudes well beyond the lower jaw. The cod has a distinct mottled effect on it’s upper side and despite having an upper side that is  mainly light brown in appearance, can also show a deep reddish colouring and also a with very dark brown depending on the ground it inhabits. The cod has a very distinct lateral line running from it’s head all the way to the tail fin. 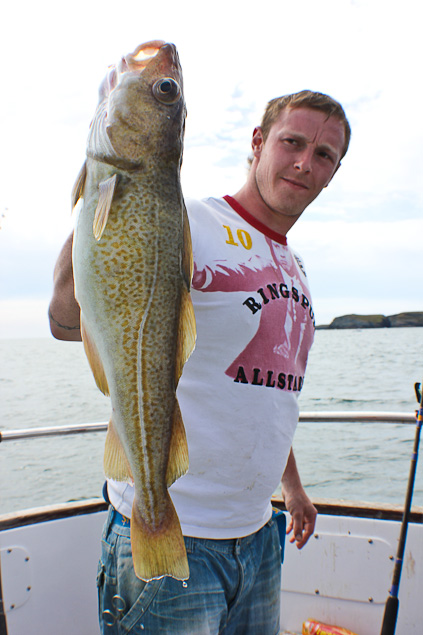 Sadly, Holyhead has suffered along with the rest of the world with the demise of cod stocks. Codling to 6lb though can be found over most grounds fishing from Holyhead, out towards Langdon Ridge, west to Holyhead Deep and around to corner in Trearddur Bay. 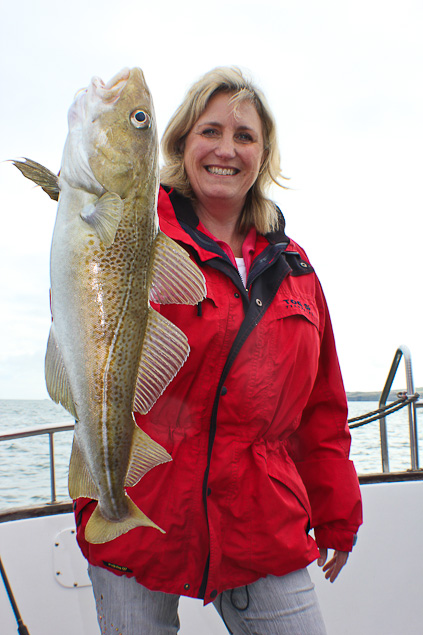 Rigs don’t need to be complicated. I would suggest a simple running ledger of around 4 – 6ft long and on the business end either 1 large hook or preferably 2 large hooks forming a pennel rig.

Best baits are squid, topped off with plenty of fresh lugworm, blacks, blow or yellow tails. 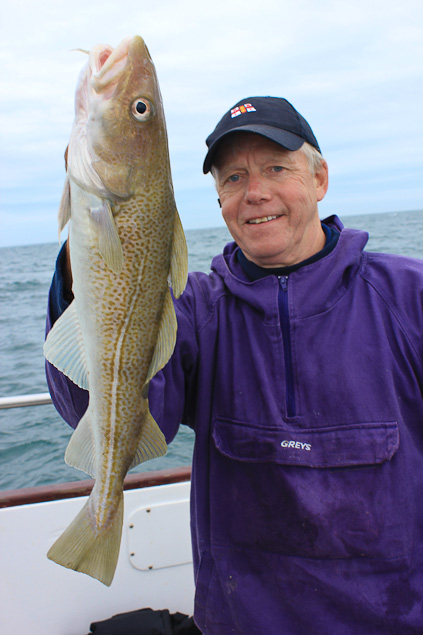