Colman Fishing Supply’s W range of big-game reels offers a variety of reels to suit all your shark and big game fishing adventures. Designed with bigger prey in mind, this series of reels is offered in 4 different sizes.

On initial inspection the reel certainly looks the part, big and shiny. The 20W is a hefty reel, well balanced with a powerful cranking handle. 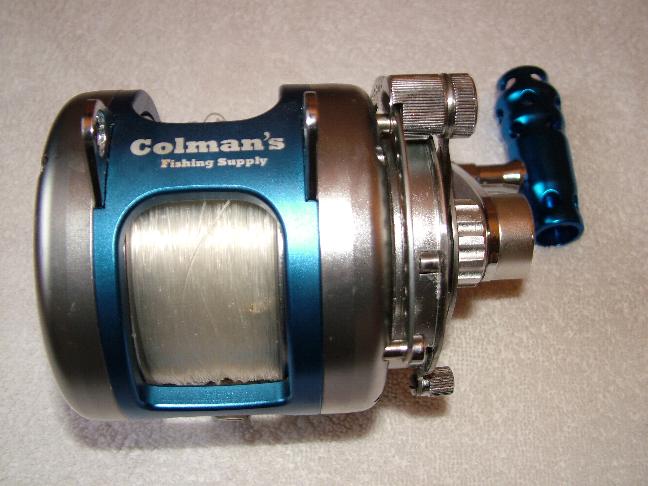 These extremely well crafted reels are machined from a one piece anodized Aluminum block, with the reel benefiting from a forged spool, 8 shielded stainless steel ball bearings, a precision drag system and simple one touch two speed shifting. It is claimed to have the loudest ratchet of any reel in production, at nearly 90 decibels, believe me you’re going to hear that fish take line.

The range was aimed originally at the big game market; however the 15W and 20W versions are ideal for the UK angler looking for that smooth reel to aid in the retrieval of big conger, shark and heavyweight skate from the murky depths of our seas.

I was fortunate enough to ‘field test’ the 20W version on one of our exploratory trips during late summer this year. Having previously used other big game classed reels from a selection of BG reel manufacturers more established in the UK market, it was with a little anticipation that the 20W was set up. Thoughts of maybe a big shark on the business end though was just the ticket.

Having released the lever drag on the first drop it was only my thumb gliding the reel that alerted me to the line paying out and taking our bait to the selected depth. The smooth and almost unnoticeable revolution of the spool, albeit a new reel, was precision engineering at its best. 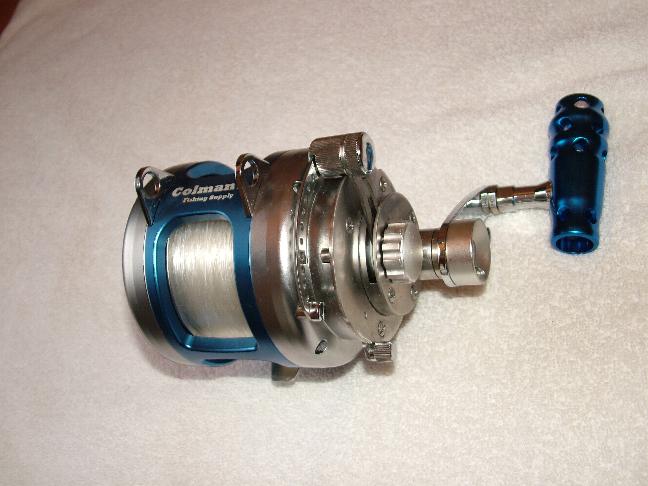 To cut a long story very short, our ‘big’ fish adventure was just not to be. One take and an adrenalin pumping 10 minute fight followed by a dropped bait was all our reward for this part of the day; having said that maybe my enthusiasm for the catch, forgetting to set the hook correctly, along with testing out the 20W with changing speeds a couple times and playing with the drag, should have ideally been left for that second run.

But all that aside, it is fair to say that the Colman 20W really is a very smooth easy to use reel, a joy to use in fairness. With a highly adjustable drag system, smooth and easy operation and a competitive price, it is hard to find fault with the reel overall.

Changing tact slightly we up anchored to a different mark in the hope of latching onto a few tope to reward our day. From the 180ft depth we were fishing we managed 12 in all during the few hours left, with some of the fish falling to the power of the 20W and baits set at 120ft, one thing for certain then – the dubby worked!