Small huss are often misidentified as dogfish. Both species are very similar in appearance, however the bull huss grows over 5 times the size of it’s smaller family member the dogfish.

The upper side of the body on both species is usually light brown covered with darker spots, with a white underside. Both lesser and greater spotted dogfish can appear much lighter or darker depending on habitat.

The spots on the dogfish tend generally to be much smaller than the bull huss, however this is not always true.

The best most definite way to tell the two species apart is the nasal area. The dogfish nasal flaps come down to the top of the upper lip and are almost one barring a small join in the centre. 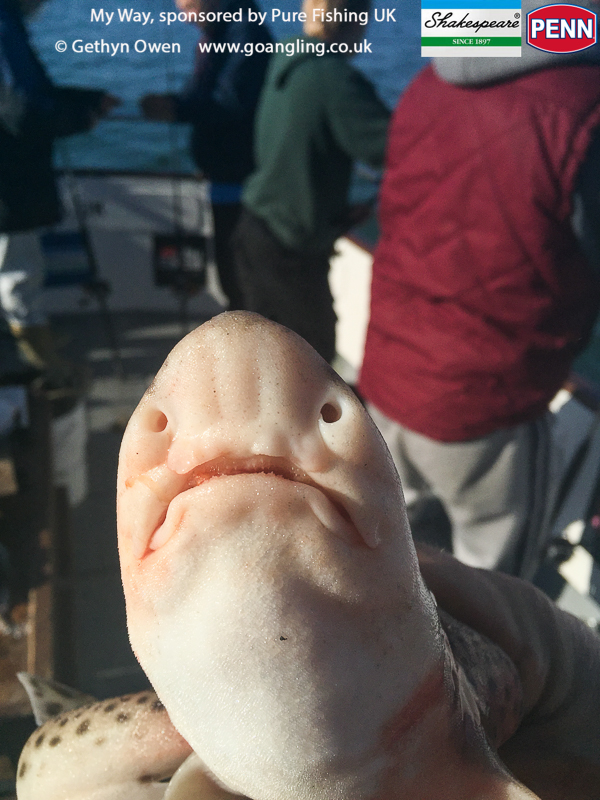 Above, a lesser spotted dogfish 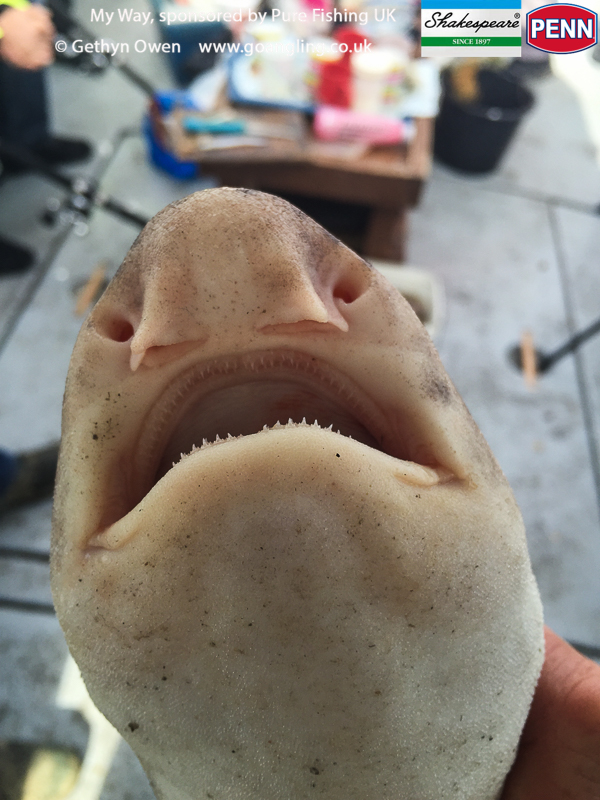 The bull huss, above, has two very distinctive flared nostrils