The Long and Short Spined Sea Scoprions often prove difficult to identify, especially when laid on a species card for a club or online fish species hunt. 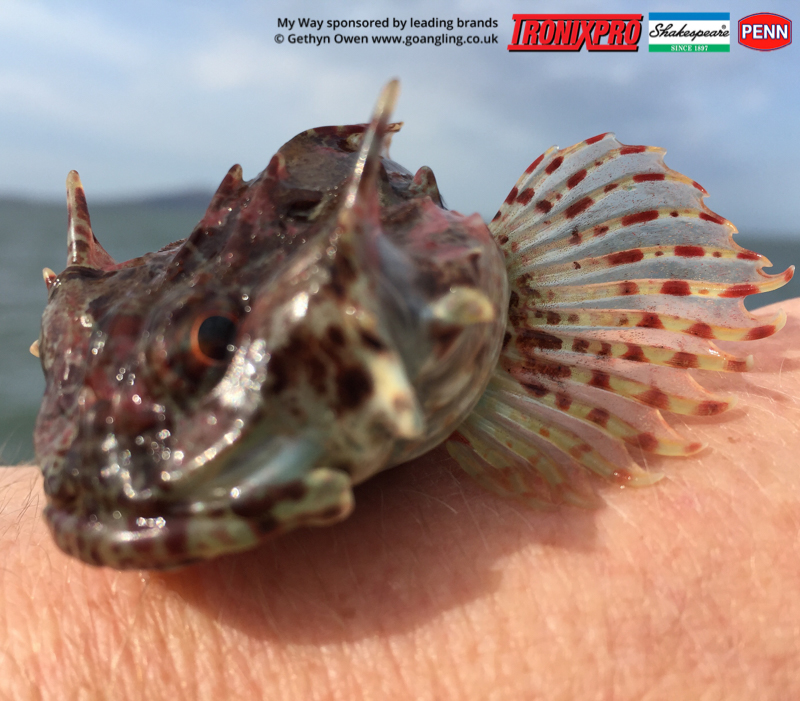 The Short Spined (Myoxocephalus scorpius) can grow over 1lb in weight, with the Long Spined (Taurulus bubalis) not reaching over 1lb.

Both are fairly small fish with flat stout bodies and fairly large heads. Not the prettiest of fish, they do look prehistoric with four large spines protruding from the head. They are generally a brownish red colour, with a cream underside, but variations occur depending on habitat.

Both fish are often confused with each other, however the Long Spined is easily identified as it has two small white folds of skin known as lappets on each corner of its wide mouth. The Short Spined Sea Scoprion does not have these. 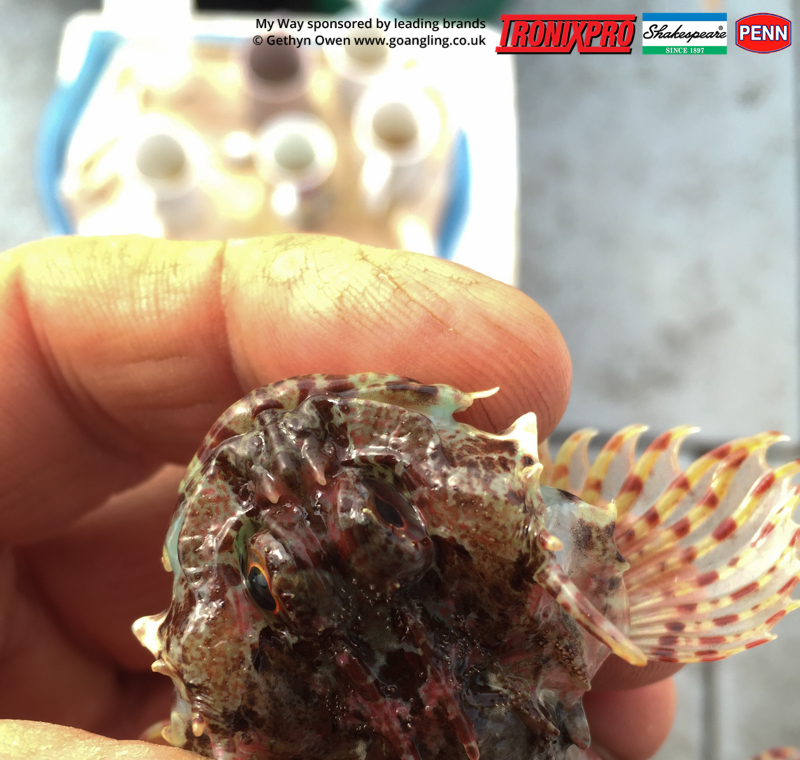 An additional Identifier between the two species is that if you turn the fish upside down, the base of the gill cover membrane is attached to the body on the Long Spined Sea Scorprion.

On the Short Spined the gill cover membrane is free from the body. 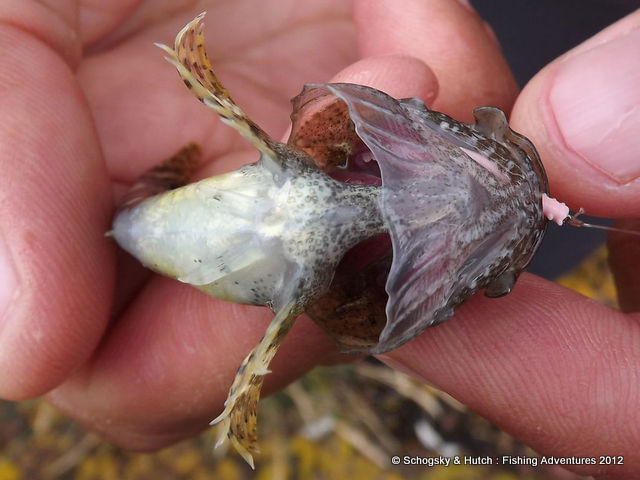