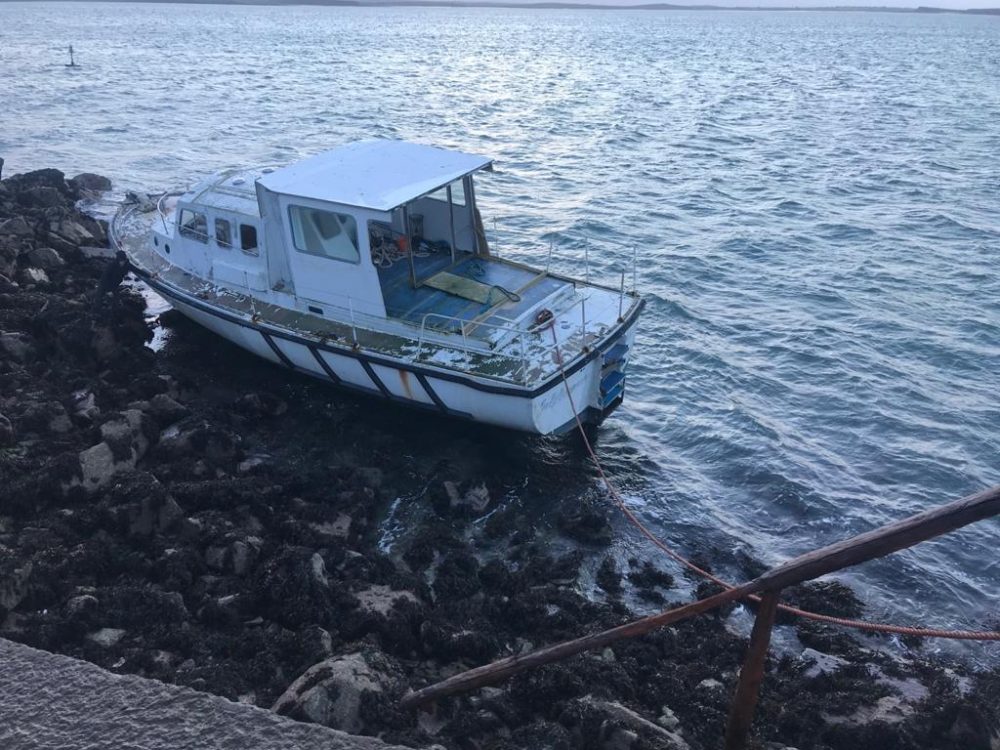 An epic day last Thursday when a local boat broke its mooring and drifted onto rocks on Holyhead breakwater.
Enjoying a coffee on the prom with a friend that morning we noticed something white near the end of the breakwater. Binoculars out, it soon became clear that a boat had broken it’s mooring and was on the rocks.
Having plenty of previous experience in salvage work, Mark from Bob Francis Crane Hire soon had a plan formed.

My job was aboard the stricken boat to make fast the tow line and update from aboard as we looked to take the boat off the rocks and to safety.

Early morning the vessel was dry on the rocks, she appeared to have come to a gentle rest in the light wind overnight. However with the rising tide and 30knots of wind, she started to lift and drop hard on rocks as she slowly refloated. Aboard with the owner, we started to see water coming into the bilge area.

After setting the tow line the tug was able to pull the boat away from further danger on the rocks however it was apparent she had holed and was taking in water.

Holyhead ILB & ALB launched as a precaution to our salvage attempt and came alongside as we were under tow with a salvage pump to help empty the bilge. 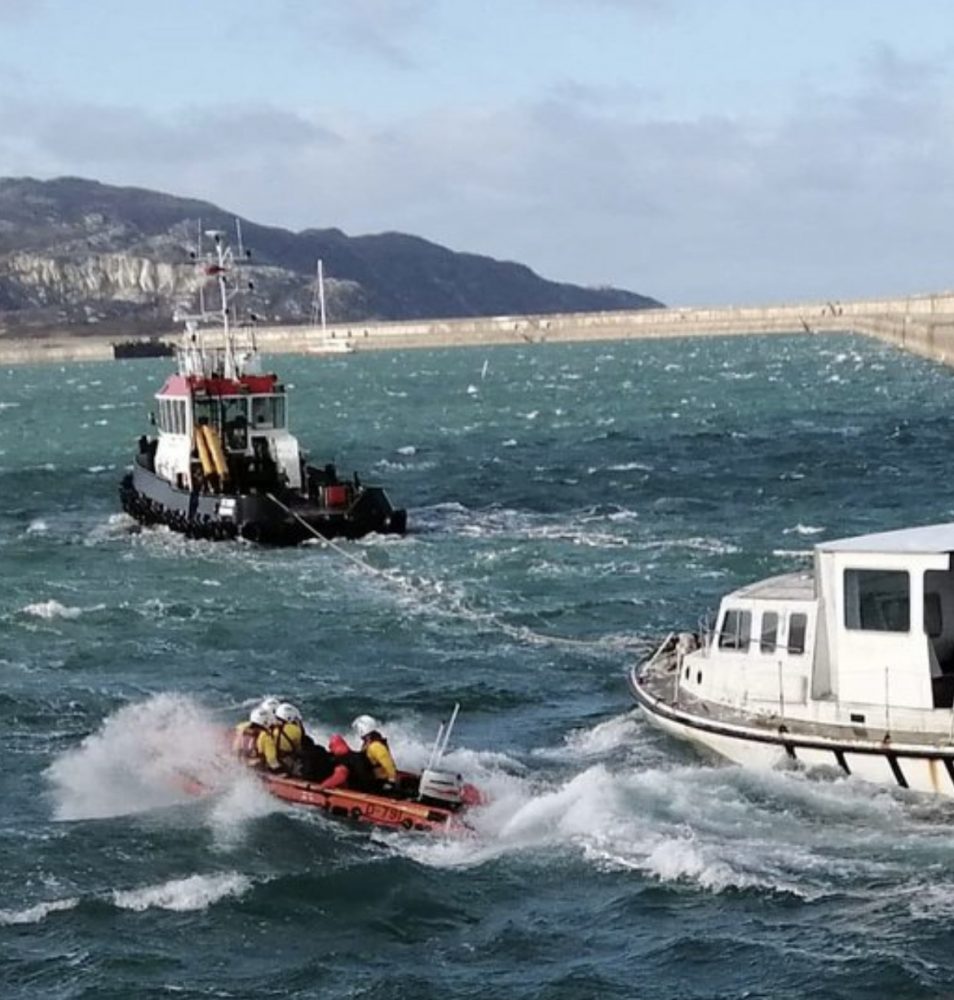 However the amount of water was increasing and with the hull and accommodation under water the call was made to abandon ship and we were taken off via ILB.

Later that afternoon as the cranes arrived we were able to lift the Gulf Streamer onto the safety of the breakwater. Her damage was on the keel, were she sadly bounced on the rocks. Good fortune and quick thinking from everyone had saved the boat from total destruction as the weather conditions deteriorated. She will be fixed and float again soo.

This video taken from the breakwater of our eventful day.

With great determination the community came together, local commercial fishermen, Stena, RNLI Holyhead Lifeboat Station and Bob Francis Crane Hire & Heavy Haulage. All worked together to rescue the stricken vessel and save her from total destruction.