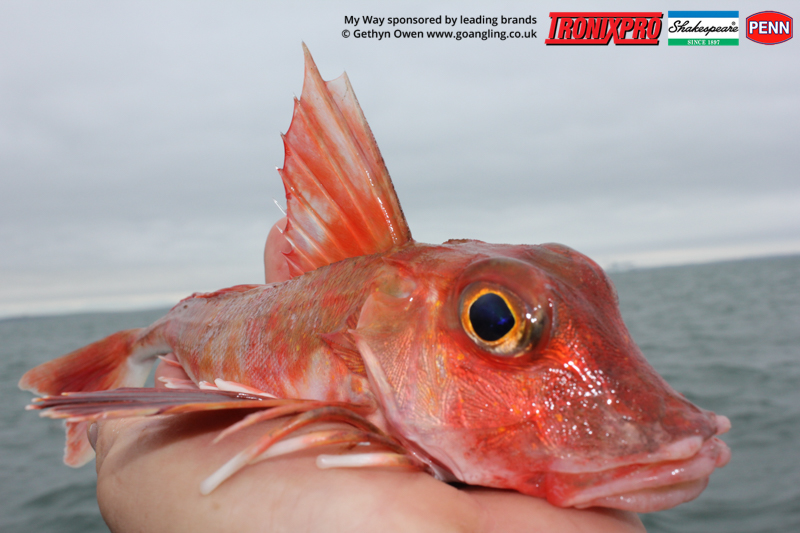 When you look around the many different species of fish we get in the British Isles there are all manner of weird and wonderful shapes, sizes and colours. Looking at the mini species in particular I’m sure some of them were inspiration behind many of the b-movie horror films that never quite made it on the big screen.

Then there is the cuckoo wrasse, without doubt the most colourful fish that we have swimming through our seas. Both the male and female having a striking appearance, that if we’re honest, wouldn’t be out of place on the Great Barrier Reef.

One fish in particular has always intrigued me with its appearance; with their large spiny and superbly armoured head, the gurnard doesn’t appear to have evolved much from the age of the dinosaurs! There are 3 gurnards fairly common to the UK waters, the Tub, Red and Grey gurnards. We also see Streaked gurnards on occasions but these are far rarer in comparison to the others.

All 3 gurnards have a set of thick finger like pectoral fins that they use to forage over the sea bed. Many also say that the gurnard appears to walk over the bottom when using these fins. When coming aboard the boat, many anglers refer to a gurnard as a grunter and often hold the fish carefully in the palm of their hand and listen carefully. On most occasions you can hear the gurnard make what sounds like a grunt or croaking sound! 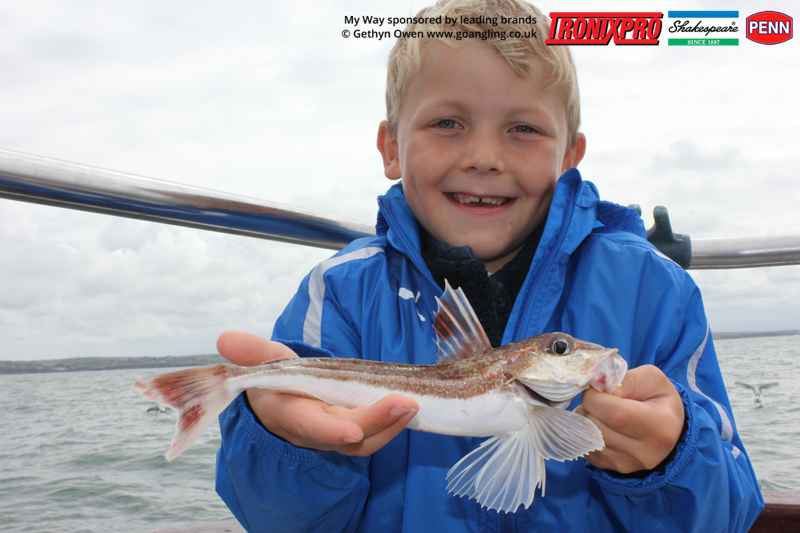 The Tub is the most common and largest of the gurnard species found around our shores. It is a reddish brown colour on the upper side, changing to white underneath, these colours can vary from deep to much lighter shades, with many tub gurnards having a slightly pink tinge to their scales. The tub gurnard has a large pair of very distinctive pectoral fins that when fanned out display a magnificent bright blue trim to the outer edge of the fin. They are known to grow into double figures. The current British record will prove extremely hard to beat. Having stood for over 50 years and at just over 11lb it must have been one magnificent sight for the anglers. 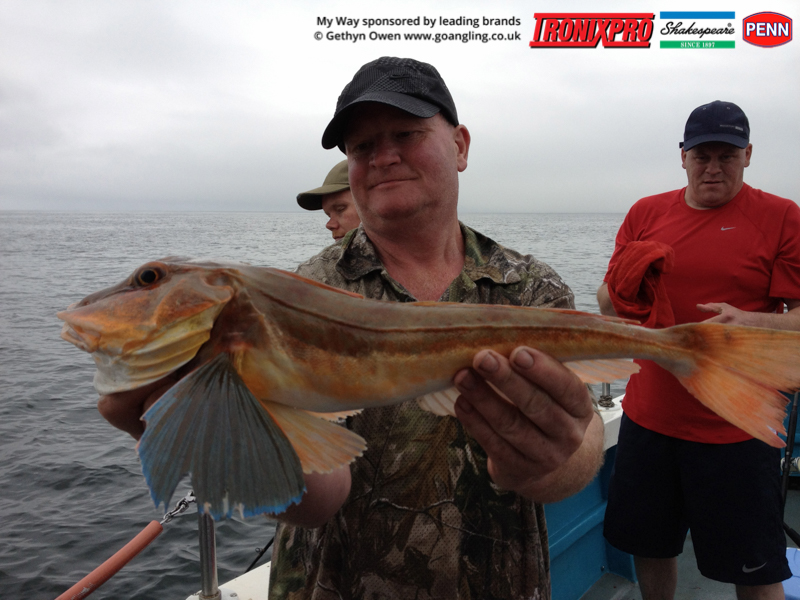 Tub Gurnard caught aboard Supreme 2 that sailed from Rhyl

Tubs are fairly common throughout the UK. Most ports will see a fair few through a season, if you are looking for catching a good sized tub gurnard, approaching and sometimes above 5lb then Rhyl on the north east Welsh coast is the port to sail from. Not only are you in with a chance of catching a 5lb plus tub, you are also well placed to hook into 2 or 3 decent fish at a time. If you get hit by 2 or 3 on the same scratch rig, approaching 10lb of fish, you’ll know about it, they fight you all the way, pulling at different angles and really testing you and your tackle. The tub is often referred to as the chicken of the sea and is widely sought after by anglers as fish for the table.

Grey gurnards can be caught from early spring right through until late autumn. With dark grey topside, filtering through silver flecks to a white underneath, grey gurnards vary greatly in size. The vast majority that we see are around the 1lb mark, but on the south coast they regular see fish above 2lb. March this year the British record for a grey was broken by Kristian Quenault with a fish of 2lb 8oz whilst fishing on ‘Jay Dee’, skippered by Jeffrey Brownlow, caught over a wreck off the South West coast. 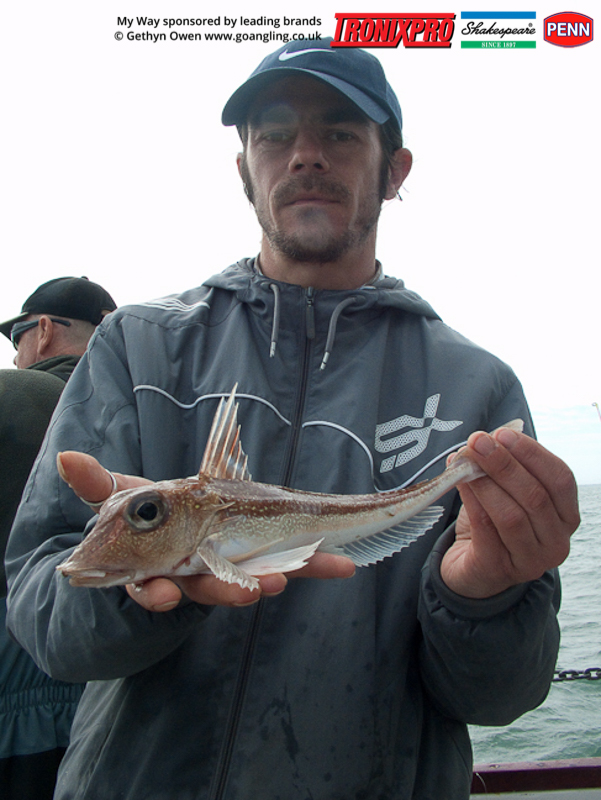 The red gurnard is almost identical in shape to the tub and grey, large head and eyes and large scales. It is though one of the smallest of the European gurnards, with sizes seldom exceeding 1lb in weight. They tend to be a very bright red, with light pink or white edges to the sides and white underside. Red gurnards approaching 1lb and over have, similar to the tub long been retained by anglers for its delicious flesh. Their demand has increased recently with more and more TV chefs moving away from simple cod and pollack and popularising cooking with red gurnard, especially for soups and thick broths where a fish is simply gutted and placed into the liquid. 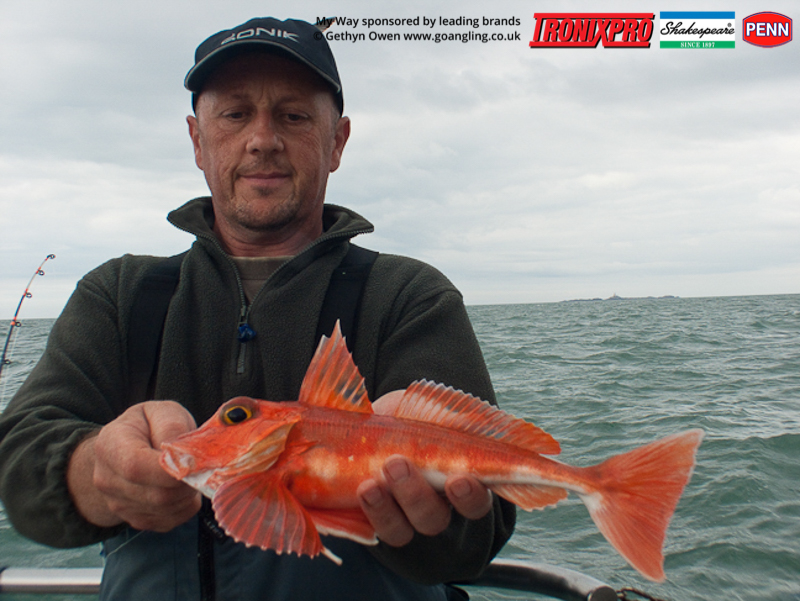 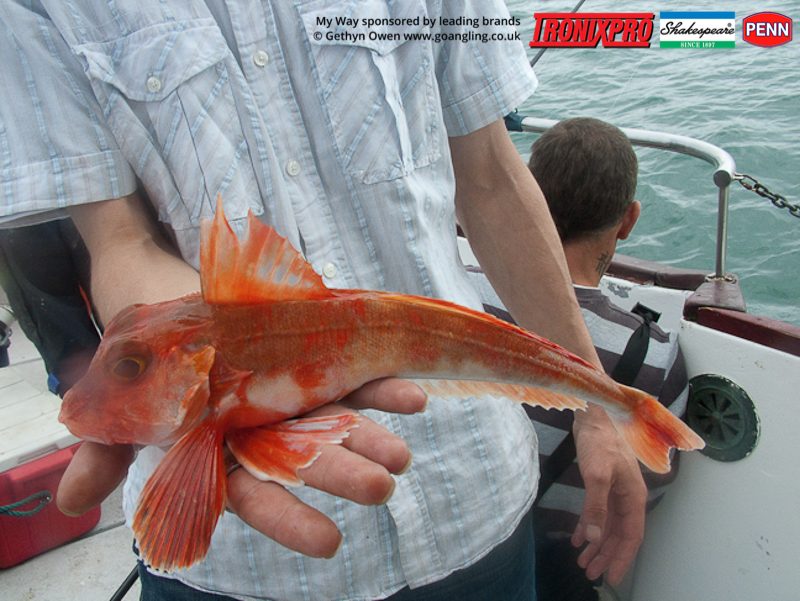 We tend to see a fair number of grey and red gurnards in Holyhead and over recent years we have been seeing more and more tubs visit our shores with regular catches of fish around the 2lb mark through summer months. The diet of a gurnard is quite varied and consists of a range of marine animals, from crabs and worms to small fish and shrimps. Tubs especially are thought to lay in wait for their prey, ambushing oncoming food from behind rocks & weed. On occasions in relatively shallow waters gurnards can be seen swimming after a retrieved rig hitting the gear as it approaches the surface. 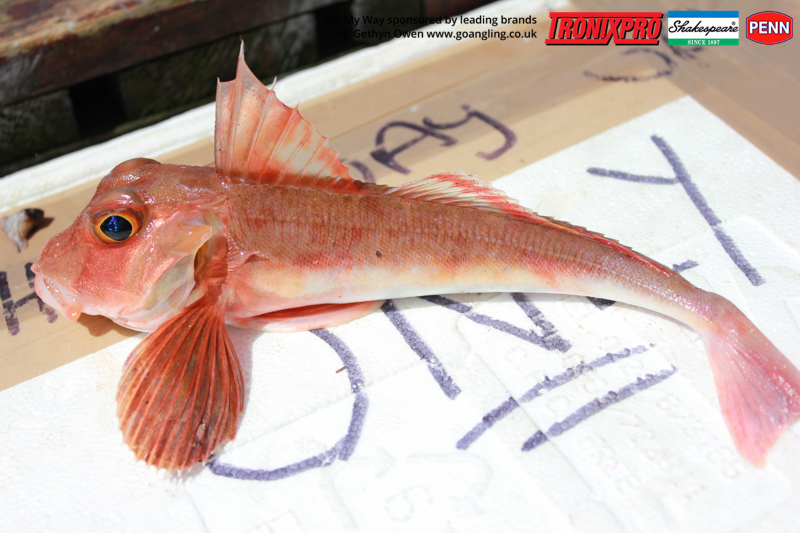 A fairly rare Streaked Gurnard, above the only one we’ve caught

Gurnards tend to feed just off the bottom of the sea bed, rig wise, you are best looking at a 3 hook paternoster or a 2 up 1 down scratch rig. In this rig 2 hooks will be covering an area approximately two foot directly above the weight and the remaining hook fishes after the tube boom, below the lead on the sea bed; thus covering the 2 main areas that these fish are known to feed. My preferred method is to build the rig body from a good quality mono of around 60lb. For hooks, it is very hard to see beyond the Kamasan Aberdeen, a strong hook in sizes 4 or 2 depending on the gurnards being targeted. 30lb fluorocarbon line for the snoods is more than ample to tame even the largest of tub gurnards.

People often discuss the merits of attractors on snoods; do they attract the fish or the angler more? It is open to debate and I doubt there will ever be a true answer; personally I think beads and sequins help when fishing for gurnards. They are one fish that certainly appear to like the sparkle of a rig with snoods fashioned with all manner of items from the local haberdashery. If I had to pick some colours out I would look at the brightest reds and yellows that you can find on 5mm beads, you should look to use a couple of these per snood, interspaced with bright sequins of around 5 to 7mm in size.

When fishing for grey gurnards, one rig from the mind of Gwynnie Andrews, skipper of Goldilocks in Rhyl is a red and luminous combination of beads with a single leg off a red muppet tied onto the snood hanging down just above the hook. Whilst practising within the WFSA boat team Gwynnie, used this innovation to great effect to record good numbers of grey gurnards off marks out towards an area known as the Turbot bank, Milford Haven. The effect of the leg moving above the hooked bait certainly seemed to bring more gurnards to this rig in particular more than any other; needless to say it was soon copied!

When baiting up strips of mackerel fished off paternoster style rigs off the sea bed will see the most gurnard action, worm tipped with mackerel is another favourite. These baits flow enticingly in the tide letting off scent and bringing in the hungry gurnards.