General Fishing can be used to describe various types of fishing, for many it is when that planned day goes slightly pear shaped and your intended targets don’t play ball.

It also describes in fairness much of the fishing to be had off Anglesey and especially from Holyhead. 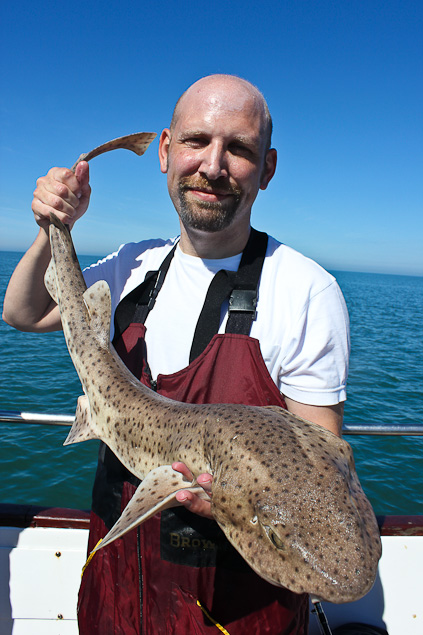 Yes we have our smoothhounds, tope, and spurdogs to name a few, but we’re not blessed with some of the fishing that you read about regular on the south coast I’m talking about the big plaice, turbot and bream etc.

Sadly you cannot charter from Holyhead with those particular fish as specific targets, the odd one may pass by every now and then, but realistically targeting such fish is best left to the ports than can successfully help you bag up.

A general day afloat targeting many different species can be a good day afloat. Often I look at listing them on my availability status as Species Hunting days, but sometimes I’m put off this idea as there can then be too much pressure on the day to move away from the productive mark we’re fishing at the time to chase the slightly more elusive species.

This doesn’t suit every angler, so you have to try and separate these very similar trips on occasions.

Previously I wrote on the merits of the 3 down rig and how successful it can be when targeting many different species along the British coastline, from small 1lb fish to hard fighting double figure rod thumpers such as rays and bull huss.

It was my intention then to follow this up with a couple more rigs that every boat angler should carry in his or her rig wallet, notably a 2 up 1 down rig and a simple running ledger. 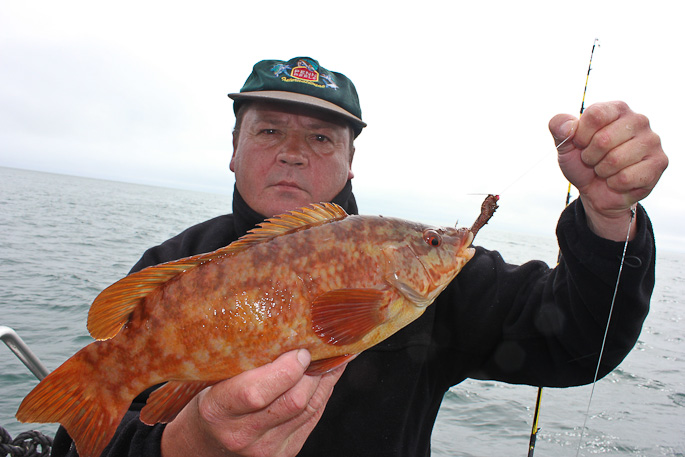 Angling Podcast – A week prior to writing this article I was listening to an angling podcast from BFM’s Phill Williams, Phill has for a long while now set about compiling an extensive library of interviews with some very well-known names within angling. The list of contributors is astounding includes many individuals within boat angling, skippers such as Newhavens Franks Shaw and Milford Havens Andrew Alsop bring a refreshing view to boat angling from their respective ports. The podcast also features long standing contributors to the British angling scene; Clive Gammon, Graham Pullen and John Rawle are certainly names that need no introduction. Capturing the thoughts of many within our sport, Phill gives an amazing insight into angling both past and present. If you’ve not downloaded any of them yet, I urge you to do so. With a particular favourite of mine being an interview with Bill Pashby of Scarborough, who gives a fascinating insight into the glory years of tuna fishing along Britain’s north east coast.

The particular episode I was listening to was with former English International Steve Quinn. A member of the English team for 15 years, with many titles and medals to his name, Quinny certainly has an envious angling pedigree and now having retired from the cut throat side of international match angling he now enjoys many non-pressurised fishing outings, often spending a fair amount of time catching as many different species as possible. When quizzed by Phill on his favourite rigs, Steve came up with the same three styles as I have, 3 down, 2 up 1 down and a simple 1 hook ledger, these rigs can cover the vast majority of angling possibilities within the UK. Of course, it goes without saying that there are many variations, you can’t quite target mini specie with very small hooks on extremely light line and then realistically expect to catch a plentiful amount of bigger fish such as wrasse or ray on the same rig, the principle though is still the same.

The name for this rig comes from the position of the hooks on the rig body; 2hooks will be presented above the weight and the remaining hook fishes after the tube boom, below the lead; better described as fishing on the sea bed; you are then covering the 2 main areas that fish are known to feed. For a good all round general version, the rig body itself, once again I tend to build from a good quality mono of around 60lb. The snood lines and hooks often vary depending on specific targets, but when looking for that all-round general rig, I’d stick to something in the region of 30 to 40lb fluorocarbon line completed with size 2 Kamasan Aberdeen hook.

Fluorocarbon has long been a firm favourite with many anglers, especially those on the match scene for its low visibility when immersed in the sea, a good quality fluorocarbons also benefits from low diameter also have good abrasion resistance. It is not unknown for a decent huss or ray to take the bottom hook, so it pays to up the strength a little of the snood line.

Attractors are often banded as being more for the angler than the target species, although I feel they play a big part when targeting certain species such as dabs, gurnards, whiting etc.

Many species seem to be attracted in part to colourful rigs as well as the baits. Actual colours that have a proven track record species are red and yellow, you don’t need too many as is the norm when hunting down larger plaice – but 4 or 5 coloured beads just above the hook can help attract fish on a slow day.

There are many different general fishing species that can be targeted using this particular rig.

Along with those already mentioned you have dogfish, plaice, small ling, wrasse plus many more the list really is endless. 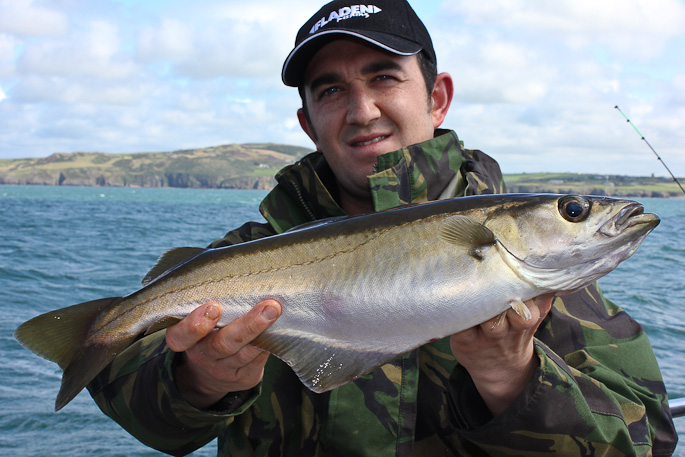 Many of the species around the UK can be caught on a handful of marks, especially when fishing an area of mixed ground where you can find mud, shale and rock all within a short distance of each other.

Whereas the likes of dabs & plaice etc. tend to forage for food along the sea bed whiting, small codling & gurnards by example tend to feed just off the sea bed, often swimming past any bait offering you may have neatly presented on the bottom.

Dabs can be caught on a variety of baits, with black lug, ragworm, mackerel and squid all being part of an angler’s armoury when seeking sizeable fish. Sticky black is the name often given to black lug that has been frozen, thawed and re-frozen a number of times, it can often be deadly for dabs. 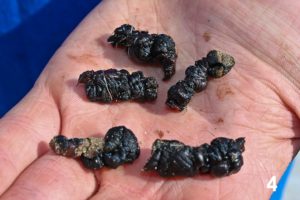 I’ve fished this bait on numerous occasions and tipped with small slithers of squid and bagged up on dabs, many times 3 at a time when fishing a 3down scratch rig.

I know of one angler who would wrap a pack of frozen lug in a sandwich bag, and leave it on the radiator over night to heat up!

Frozen black can be awkward to use at the best of times, the skin turns very limp and makes keeping the worm up the shank of the hook very hard.

Sticky black is no exception; it breaks down slightly with the thawing process and then when wet, can fall down the hook and bunch around the gape masking the hook point completely! 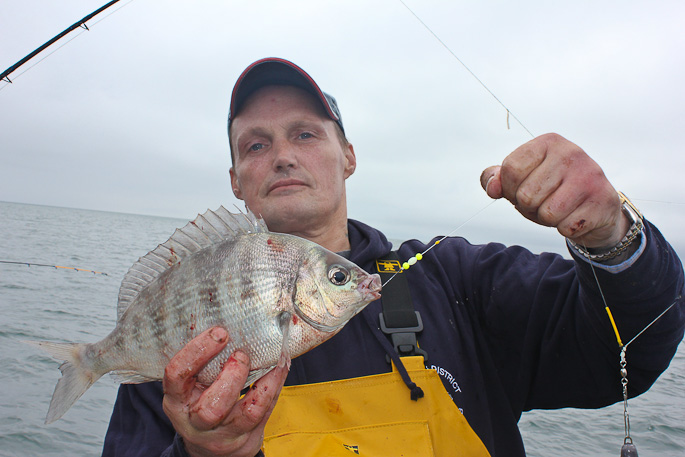 By threading half a black lug onto a baiting needle and placing the other half alongside, it is possible to gently wrap around some bait elastic to form a black lug sausage.

When removed from the needle, the black lug sausage can be cut into small baits that are far easier to present in a neat and streamlined form. Pushed up the hook shank and tipped off with a slither of squid, no dab can refuse.

This article was written for Boat Fishing Monthly magazine and can be found in the August 2012 issue.