There are some anglers around the UK who consider it pointless going fishing unless you get to take your catch home and feed the family, then there are those who want only fish for species that push the scales over the magical 10lb mark. It is agreed though that the fishing is sadly, in general, a lot poorer than what it was 20 years ago. I’m not talking one particular species neither, but all round fishing whether you consider it to be climate influenced or due to the intervention of man, once popular marks are now void of fish and successful fishing is becoming a lot harder from either shore or boat.

What does appear to be on the increase is the rise in ‘species’ hunters. More and more anglers are tasking themselves to catch as many species as possible within a set timescale. It may be on 1 particular boat trip and in competition with mates, through their personal angling season or as is the case with the majority through a 12 month period. I also enjoy species hunting and love trips where we have to seek out as many different fish from 1oz mini species to those tope and conger that you need a bear hug to lift successfully. 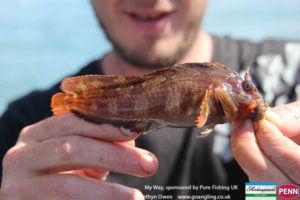 Species hunting takes time, effort and definitely a small amount of good fortune along the way to bring the rewards home, but most of all it takes dedication. There will be many ‘required species’ blanks and even a good number of overall blanks whilst targeting specific fish, but the possibility of success is what keeps us coming back for more? Many anglers like to details their exploits online. There are 2 particular blogs that I followed previously and highly recommend for further reading. Trevor Coezens set himself the task of catching 100 species of fish, from around the UK’s fresh and sea waters inside of 2 years. Ross Johnson on the other handed decided to concentrate on sea species and set himself the mammoth task of on 60 different species of fish for 2012. A task he successfully completed in dramatic fashion in September 2012 with a good double figure shore caught tope.

Mini species are those fish that do not exceed 1lb in weight. At my last time of looking the British record fish list contained 48 mini species that had been caught on rod and line around the UK. It is fair to say though that some of these are far more common than others. Wrasse such as corkwings and goldsinneys along with the poor cod for example appear very regular on many trip reports. The likes of red band fish, yarrels blenny and my personal nemesis the baillons wrasse eluding many anglers over the years. 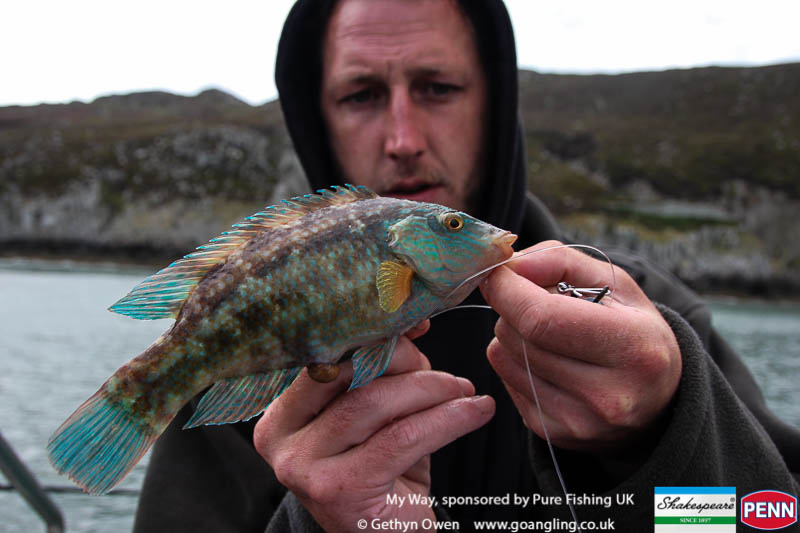 My best tope was a cool 50lb’er caught with Mike Jones aboard Greyhound in Barmouth, but my best specie and most memorable catch that same year was a small rock goby of barely an ounce in weight. Despite many attempts, I’d only ever caught rock gobies previously from the shore. Having seen a few come aboard a boat earlier that year I cursed and vowed I’d get one! Later that year, whilst fishing a late autumn trip in the Menai Straits, I finally managed to pull one to the boat. I wasn’t using a general boat fishing set up, my rig was made from 10lb line some small size 16 fresh water hooks and the tiniest piece of ragworm you could see! 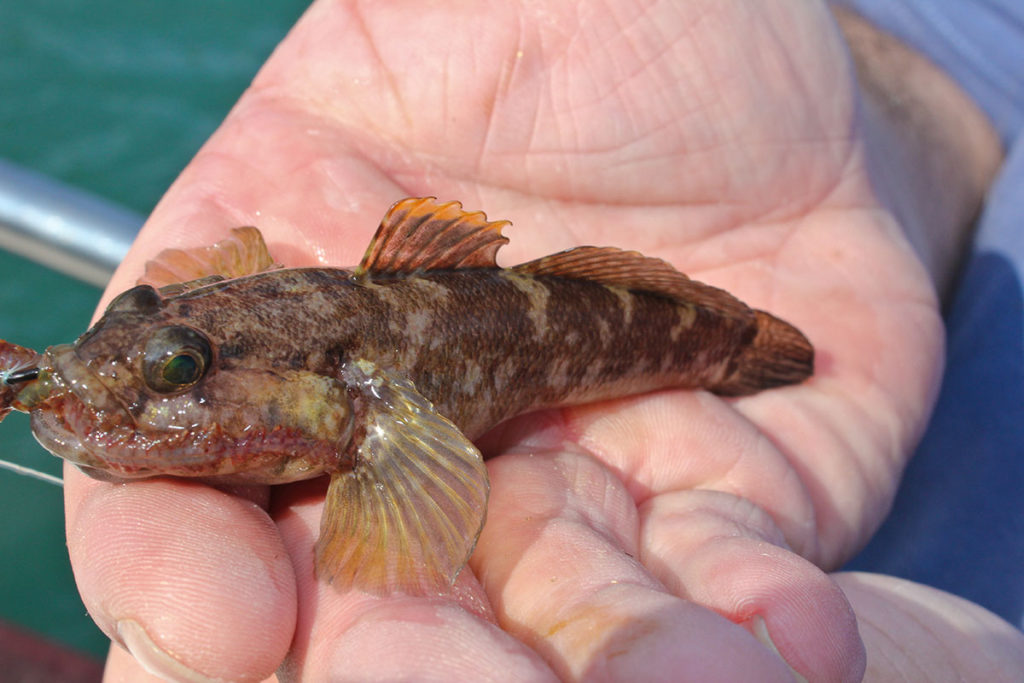 Aboard My Way in 2012 we had 3 new species, a streaked gurnard, an angler fish and my favourite a Leopard Spotted Goby. Owing to the immense publicity it has received in recent years, the UK has seen an upsurge in LRF ‘light rock fishing’ lures and methods. Many different species can be caught fishing these methods; however the capture of certain mini species, such as sea scorpions, blennies and gobies that thrive over broken rocky ground has suddenly new found kudos and become far more respectable a past time than in previous years!

It’s given a whole new lease of life to angling journalism!

Having fished for minis and small wrasse for decades using small hooks and baits, I’ll certainly be spending a bit more time whilst afloat trying to winkle out a range of mini species on lures. 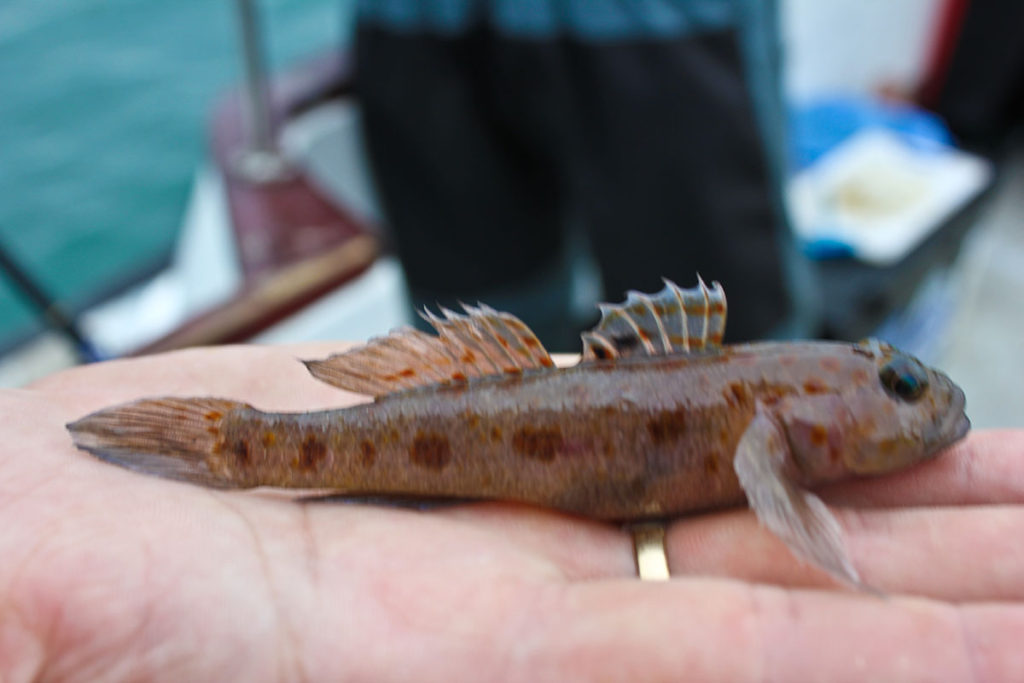 As with most forms of angling, one rig won’t suit all mini species. Where by some may happen along to your general scratch rigs, these will be more by chance than skill to be honest and to be more successful a targeted approach is a better idea. Some minis can be caught with simple baited shrimp rigs or small sabiki lures, whilst others will prefer delicate rigs, with light lines and small fresh water hooks, these rigs are far less intrusive to the pocket sized species of fish you’re after. 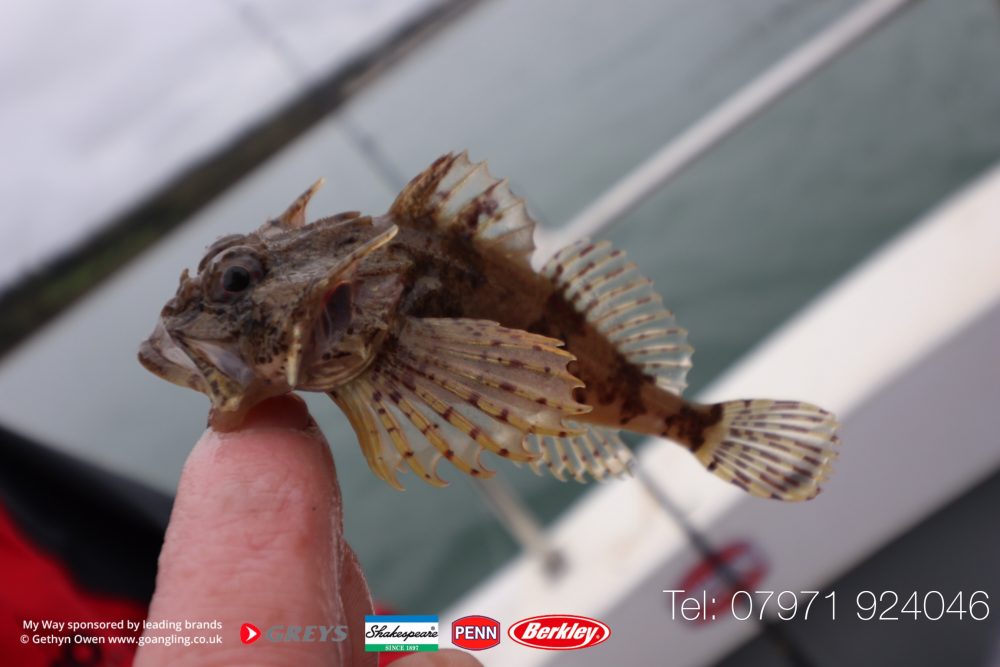 Some of our most common mini species when afloat off Holyhead include tompot blenny, dragonet, many gobies along with the long and short spined sea scorpions and the corkwing and goldsinney wrasse. There are certain areas that hold these fish, very rocky broken ground that offers shelter and safety from predators. The wrasse in particular are territorial and can be found regular when fished for around the Chair Rock and North Stack marks in the bay, shrimps and sabiki rigs often all you need to tempt them. 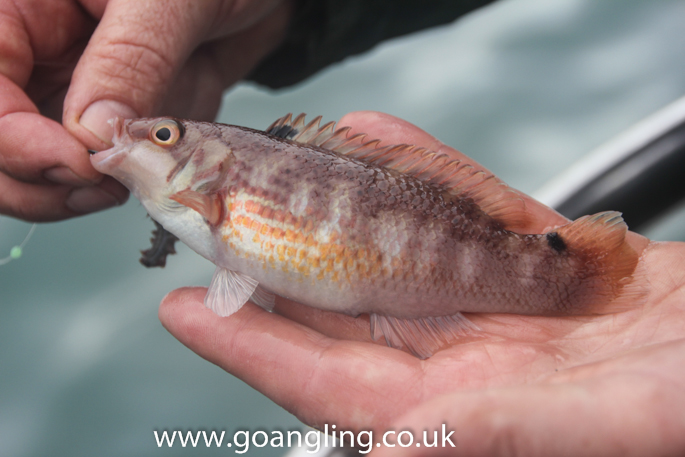 Fishing at anchor, over rocks your rigs have to be less intrusive to the small fish, yet still strong and resistant to avoid a few scrapes over the jagged surface your fishing on. A compromise for me is a good 10lb fluorocarbon. The rig will be a short piece of around 1ft in length, small size 6 swivel one end, size 16 Kamasan B980 the other, with a blood loop in the centre, cut off, and another B980 size 16 tied in place. Baits vary, but normally consist of a very small, half a little fingernail size piece of ragworm or mackerel, threaded carefully onto the hook, ensuring a good hook point is showing, this rig is fished with a running ledger on the sea bed. 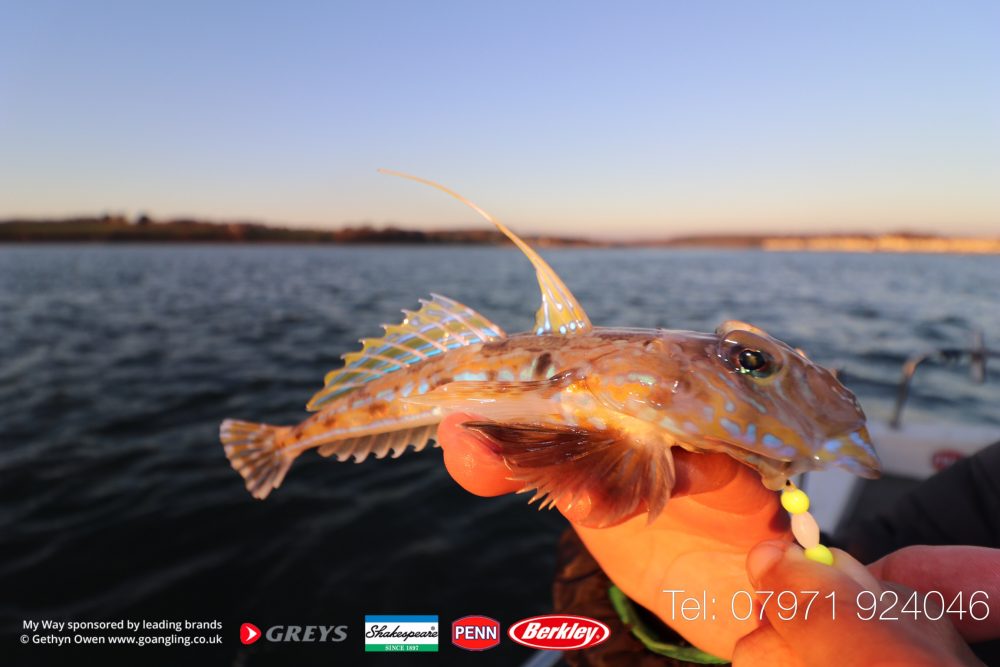 Bite detection of such small fish in any depth of water and tide can be hard work indeed. Continental style quiver tips, with the lightest possible tips certainly help out with detection, as do very light spinning rods or some of the light feeder types from the fresh water scene. But not everyone has a selection of rods to choose from and often we need to make do with one or two different rods for most of our angling adventures. If this is the case, a good method, especially in fairly light tides or still waters when fishing close inshore or over slack water for example is to watch your line! Let slightly more line out than what is required and look for movement from the line itself, be it on the surface or small movements to the rod tip, don’t be eager to strike, just lift the rod and reel in! 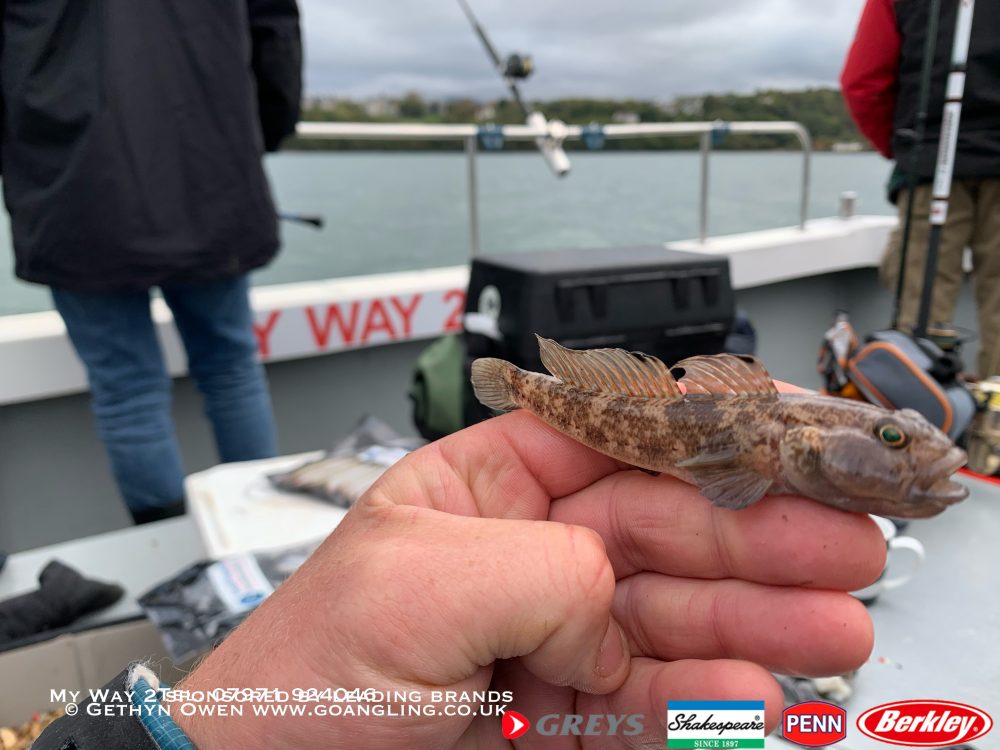