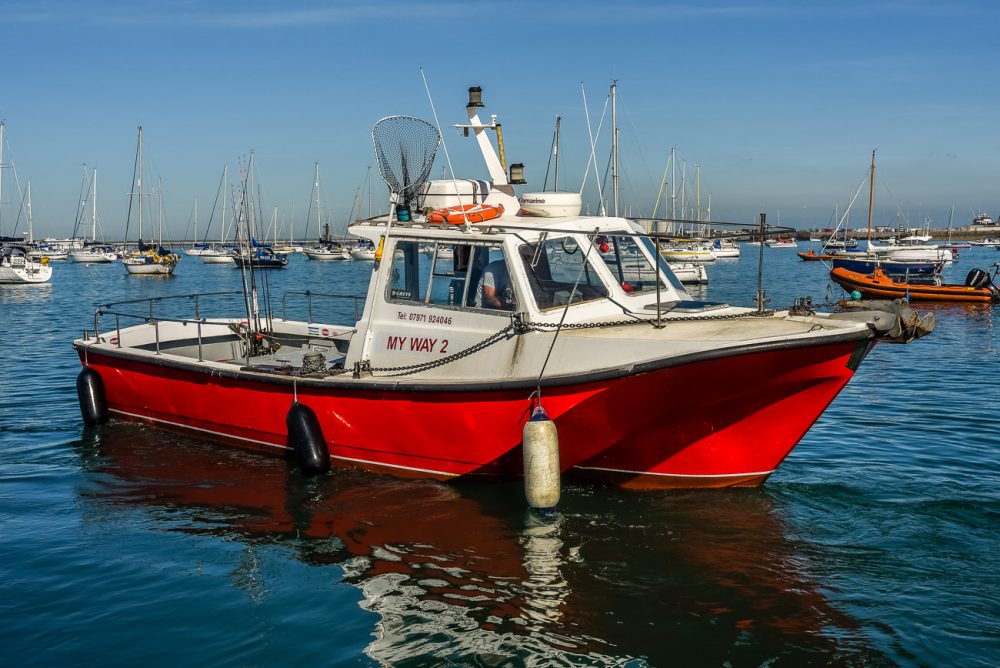 During the early hours of the morning of the 2nd of March 2018 storm Emma did its worst as it followed a catastrophic course through the marina at Holyhead on Anglesey. More than 80 boats were sunk or foundered on the rocks surrounding the harbour pontoons. Among the charter vessels destroyed by the storm and accompanying wave surge was My Way, the much loved workplace of popular skipper Gethyn Owen.

Despite the best efforts of Gethyn and the salvage crew My Way was deemed a total constructive loss after its recovery from the muddy, marina depths.

Gethyn’s enthusiastic drive to get back to sea saw him head to Gosport where he struck a considered but quick deal for a new, suitable vessel, barely two weeks after nature had devastated his pride and joy.