Every now and then you see confusion on social media between pollack & coalfish. The smaller specimens in particular are sometimes confused when their colours are similar.

Pollack and Coalfish prefer rock and weed covered ground. The bigger specimens frequenting the many sunken wrecks in deep seas.

Pollack is another member of the cod family and is a much sought after fish by anglers fishing for the family food table. Pollack tend to be a dark brown/green colour with a white belly. Their colour though does vary slightly with local habitat.
The pollack has no barbel on its chin, and its lower jaw protrudes a lot further than the upper jaw. 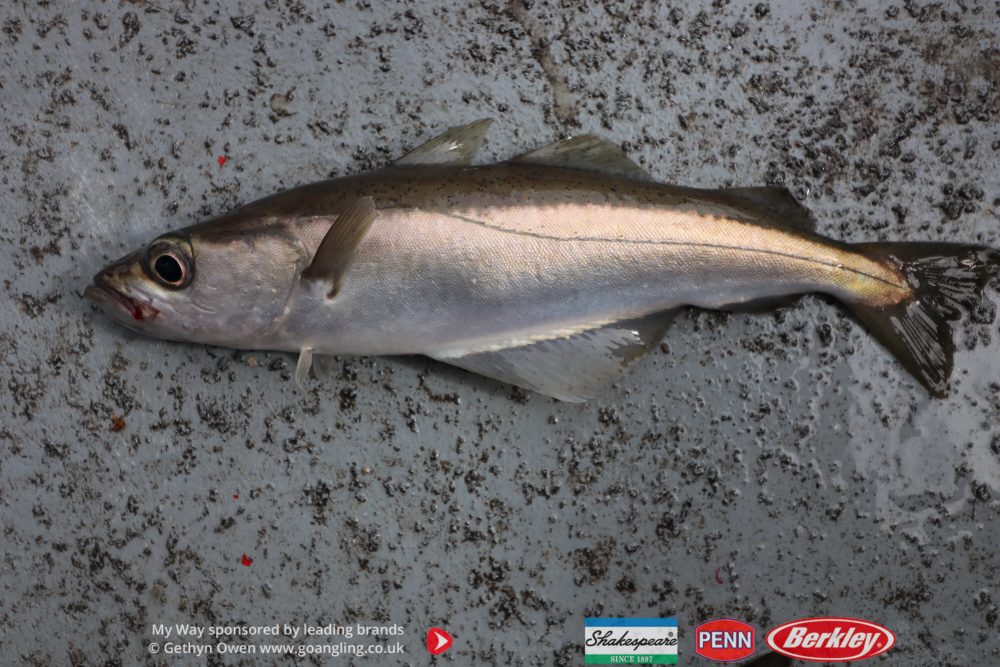 Above, pollack with curved lateral line

The lateral line on the coalfish is straight 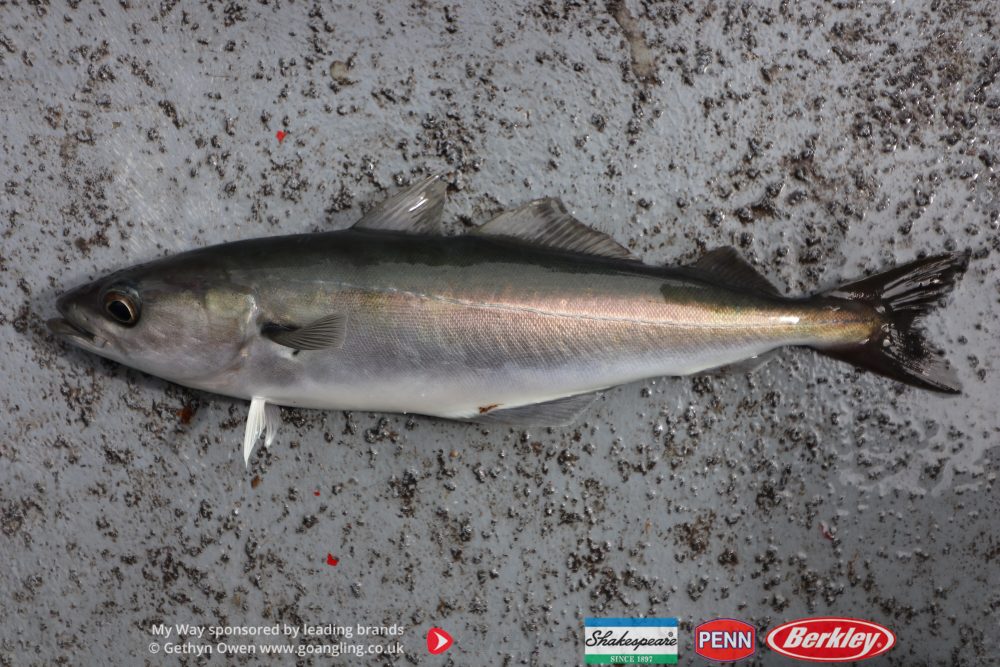 Above, coalfish with straight lateral line 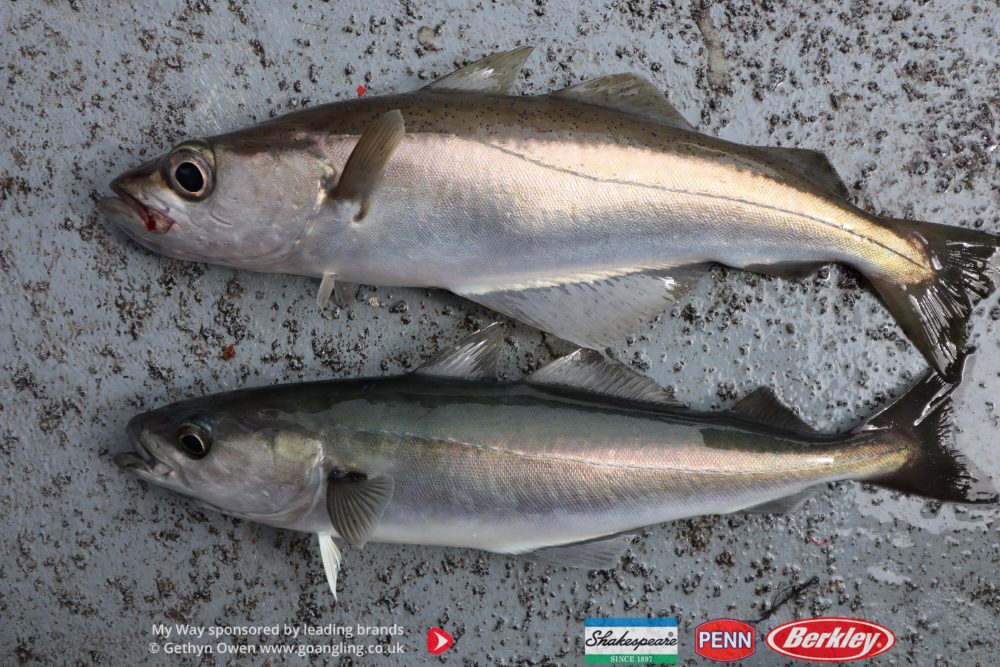 Above photo, top pollack and beneath it a coalfish. Note differences in jaw and lateral line