As with everything I guess, it’s the test of time following constant use that will judge! But that said, our new rods & reels do receive far more use ( and at times abuse) than a piece of kit bought by an angler for his / her personal use. The Shakespeare Fishing Agility 12lb rods are so far proving to be up to most tasks and performing admirably.

These shots are from recent frolics in Holyhead Deep. 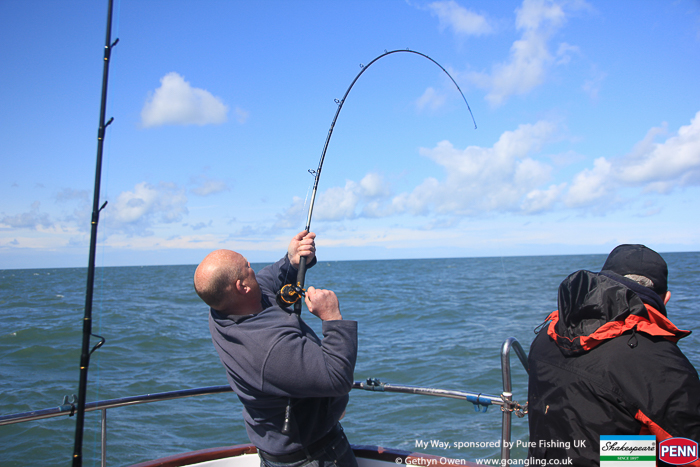 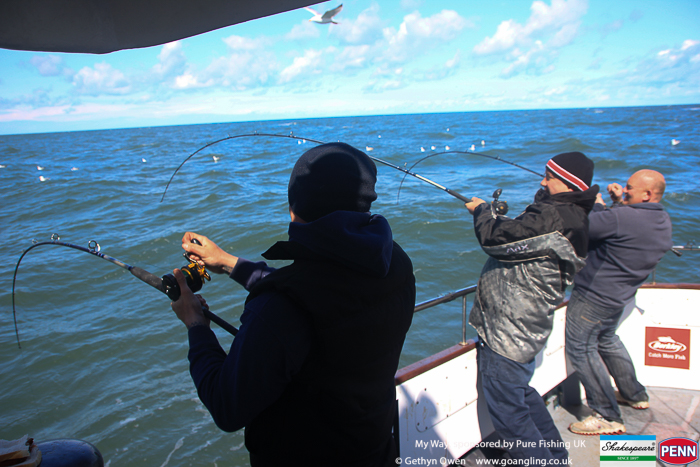 Tackled hired aboard My Way skipper Gethyn Owen : I recently enjoyed a boat trip aboard My Way skippered by Gethyn Owen out of Holyhead Marina and was offered the chance to try out the new hire gear he has recently acquired for his boat namely Shakespeare Agility rods and Penn Fathom reel, I jumped at the chance and used the 12lb class agility rod and a Penn Fathom 25n reel off we sailed out to the deeps at Holyhead our target was spurdogs I was a bit sceptical at first only using a 12lb class rod on spurdogs and said so as we sailed out.

We arrived at the deeps and Gethyn set anchor then he said his usual once anchor was set OK folks start fishing we was using 1 1/2lb leads as its a fair depth and tide was still running so we could keep our baits on the bottom I hit my first spurdog about half an hr into the session and it felt a good one I could feel every shake of its head on the way up and the Agility rod handled it perfectly for only a 12lb class rod.

I was amazed at how strong the rod felt also the Penn 25n reel goes perfect with the rod this reel is a powerhouse after about 10mins I landed my first spurdog which weighed in at an impressive 15lb 3oz I also had another spurdog of 14lb 4oz also a bullhuss of 8lb 2oz 1 was really amazed at how easy the Agility 12lb class rod and Penn Fathom 25n reel handled the job so much so I will be using them again the next trip out which will be in May. 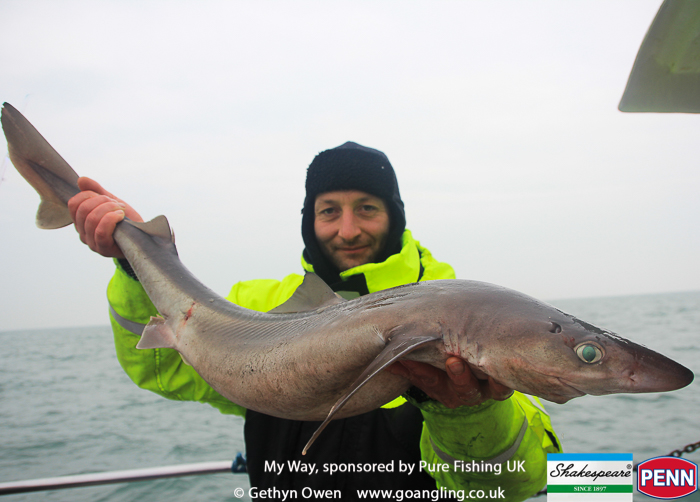 My conclusion why take and cart all your gear with you when Gethyn has great gear on board more than enough to do the job in hand thx Gethyn for the opportunity to use such fantastic gear. All that said, I will be buying Agility rods and a new Penn reel very soon thats a fact.

Thanks for taking the time to read this review, Paul Brooks (Brooksy)