Had a day on the boat myself on Friday 12th May. Bit of a spring clean in the morning, tidying up the cabin, that looked like a battlezone following a few great weeks of angling. The weather was fine though, so it called for a spot of relaxation and fishing. A few hours afloat with friend Keith was called for, nothing too hectic, just a spot of smoothie fishing.

We’ve had a few hounds already this month, but it is this weekend that I class as the traditional start to our hounding season. We weren’t disappointed. I wouldn’t say it was hectic at all, slow in many parts, but we did land a good few between us. However the weather was calm, we ate like kings and put the world to rights with a few laughs along the way. 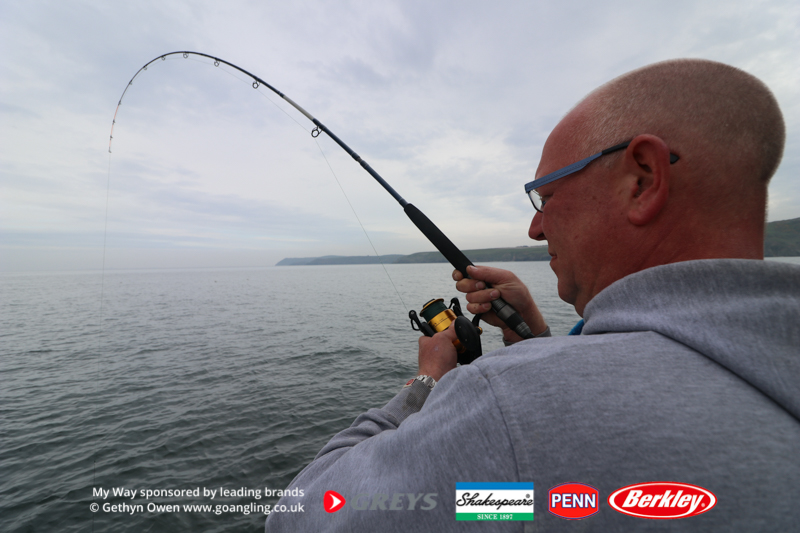 Keith was the first to catch using a Shakespeare Agility Sea Tipster with Penn SSV 5500 fixed spool reel, the same combo available daily as a prize during our smoothhound challenge. His first hound of 2017, estimated at 14lb and a great start to our fishing. 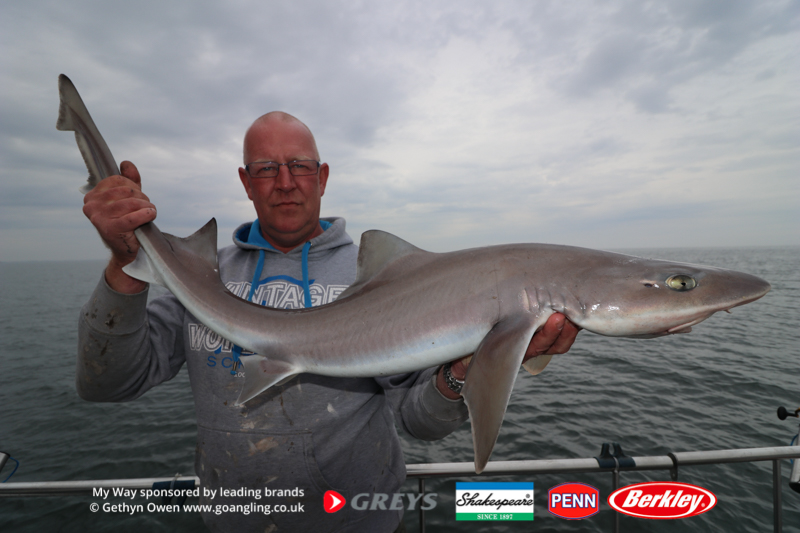 Another reason for wanting to get afloat was to take a look at the Penn Rampage 9ft Bass Spin rod. I ordered a couple from our sponsors Pure Fishing, specifically for the smoothhound sport that we get from Holyhead. The rod, rated 15 – 55gram is as described a Bass rod, but handled correctly had the potential to offer some superb action for anglers aboard My Way. Taken from the Penn website … They sport a progressive semi-fast taper action, but with a stiff butt to provide long range casting performance with lighter lures. Fitted with Fuji rings and an aluminum reel seat. 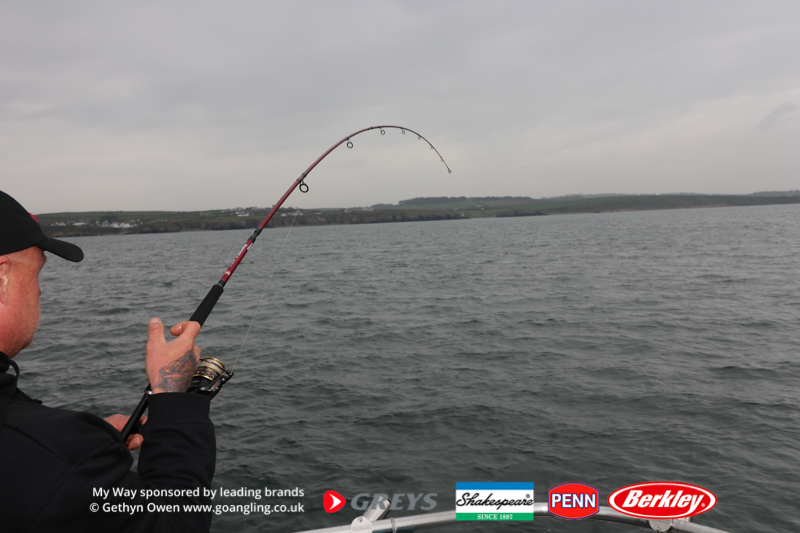 I partnered the rod with another Penn, this time a Battle 4000 small fixed spool. It took a couple hours before this rod had an enquiry from a hound, but the reel and particularly the rod performed superbly well. Initially the reel was set with a fairly light drag, allowing me to get used to the rod with a small, but still hard fighting smoothhound on the end. 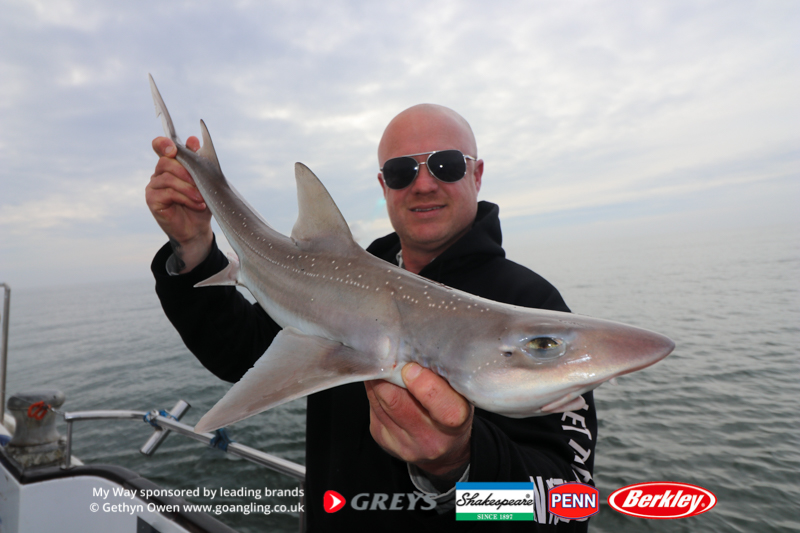 Managed to land another small hound on the rod later in the day, but still no double, sure that will come over the next 6 weeks. 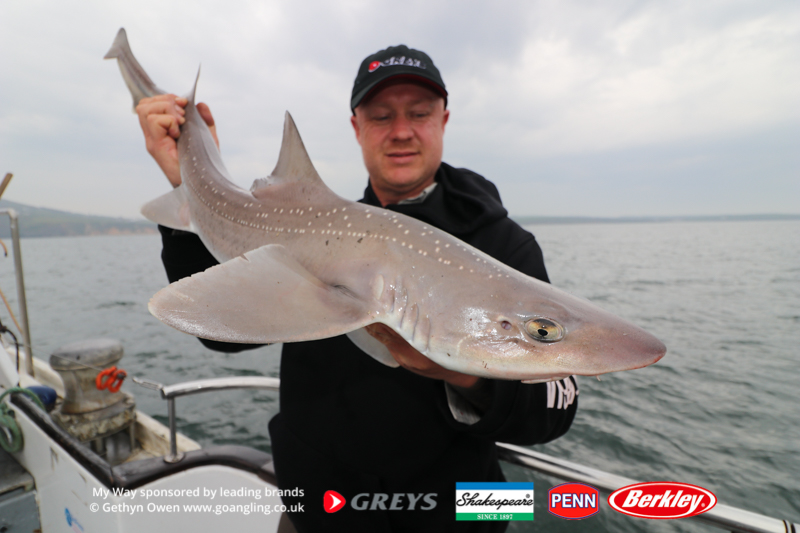