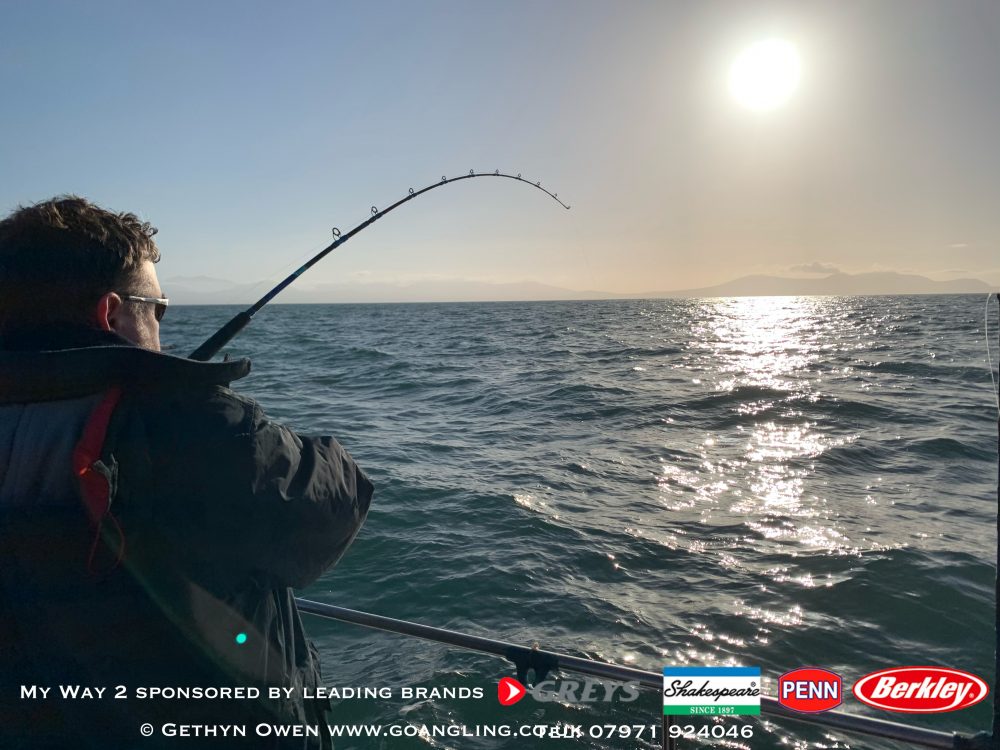 With the UK bracing itself for the Storm Ciara, it was lovely to see a break in the weather this week, A couple days of light winds and calm seas helped us make the most on Thursday and venture outside of the Menai Strait into Caernarfon Bay and beyond. 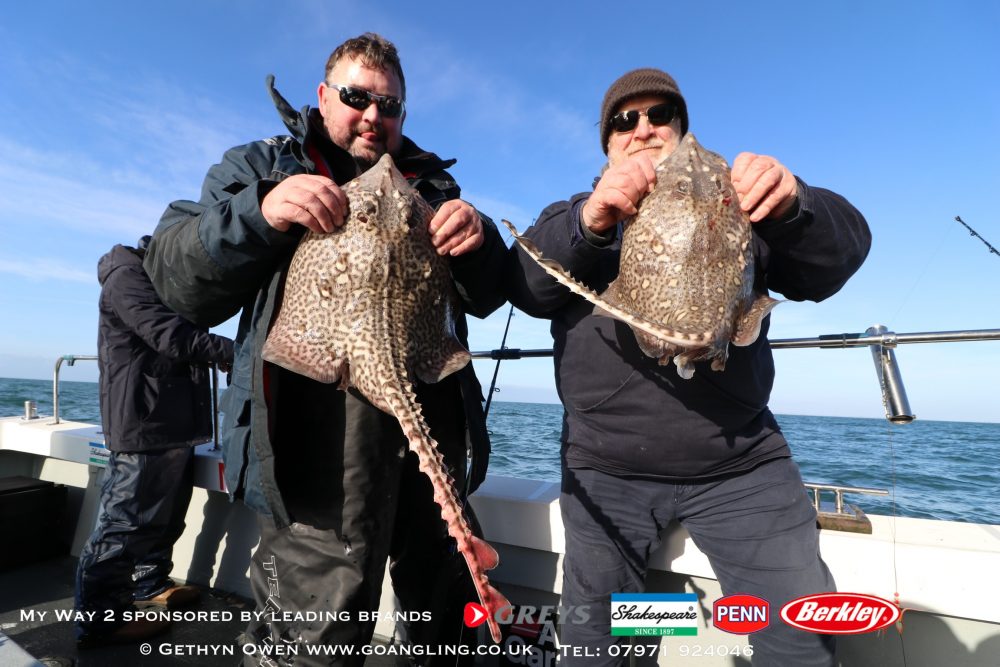 Our first anchor was a few miles outside Caernarfon bar in search of Thornback rays. The first 90 mins proved hard work, normally you need a good springtide to fish these areas for a decent flow of water, on a neap we had to sit patiently and pick out the odd fish before the run started. 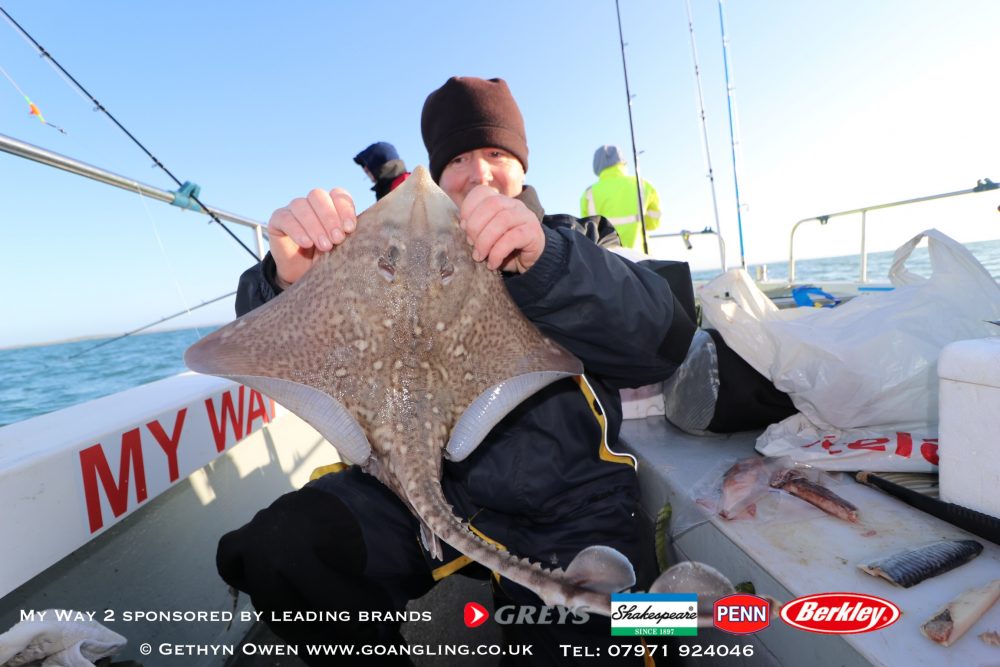 Thankfully as the tide flowed, so did the fish as we started to connect with a good amount of thornback rays. 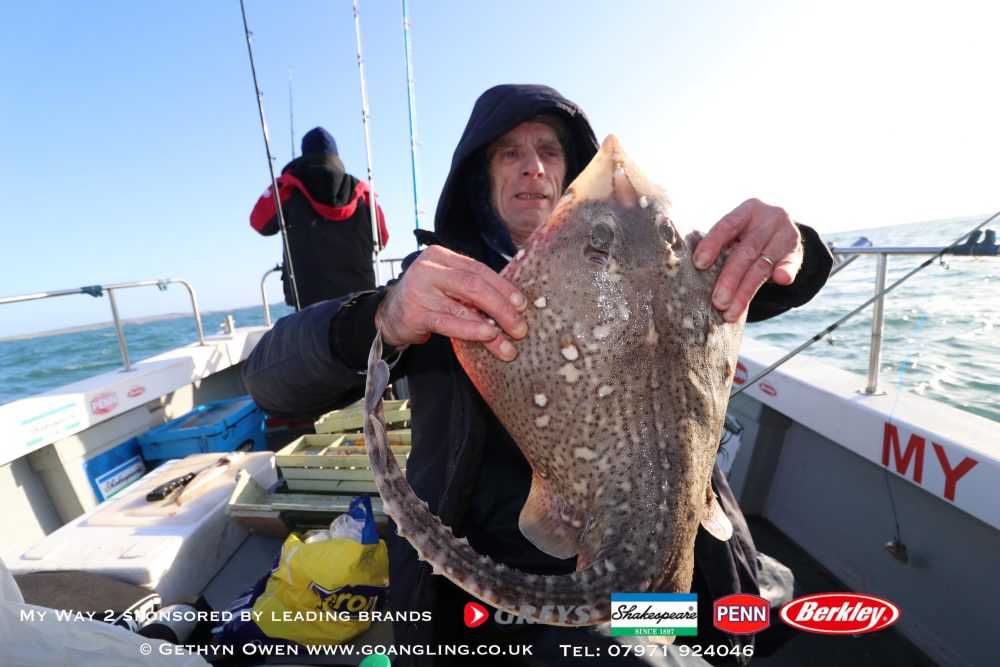 A couple of the anglers had their baits and rigs bitten off during the incoming rays before a spurdog took Steves bait. A change over to beefier rigs that could deal with rays and the razor sharp teeth of a spurdog ensued and a good few more spurs were landed. 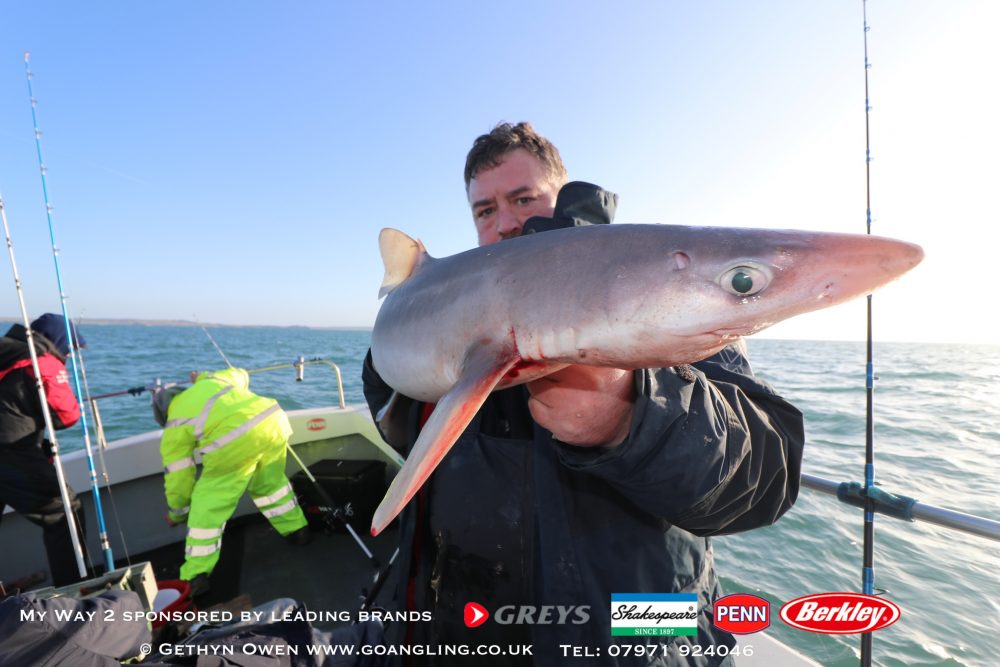 They’re not often seen inshore, preferring to feed in much deep waters. Normally seen in packs of thousands, this was sure a sign that there were plenty spurdogs in the area and searching far and wide for food.

After a couple hrs we decided to head 12miles out to the Southern edge of Holyhead Deep in search of more spurdogs and possibly an early tope. 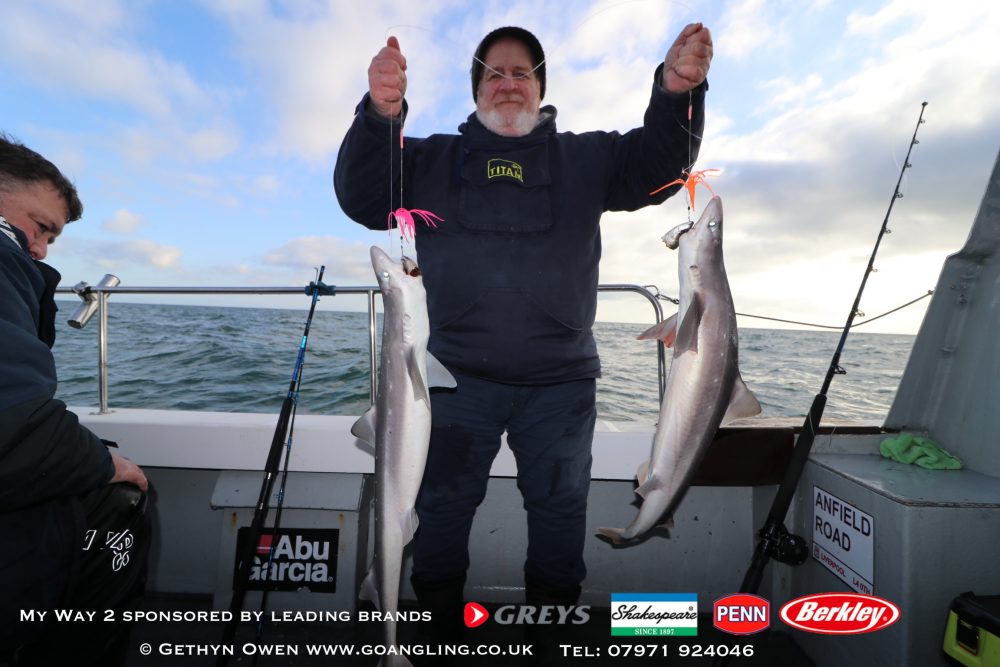 The spurdogs didn’t disappoint, large packs swimming through North Wales with such ferocious appetites everyone was rewarded with a great number. A few double shots and the majority of spurs well into double figures. 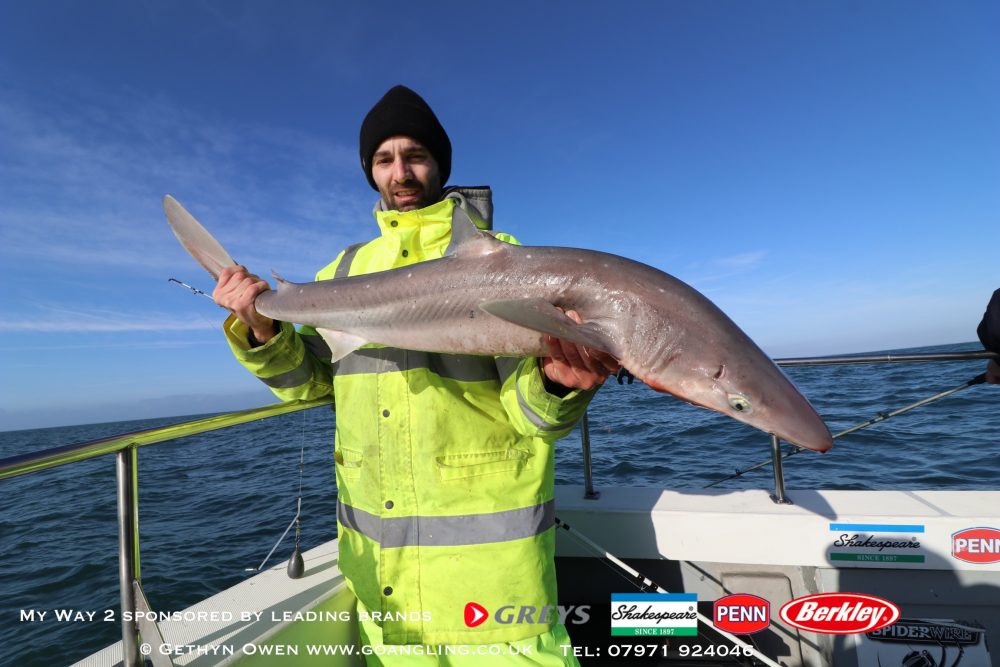 Was good to get outside of the Menai and have a successful trip with the intended ray and spurdog targets obliging. 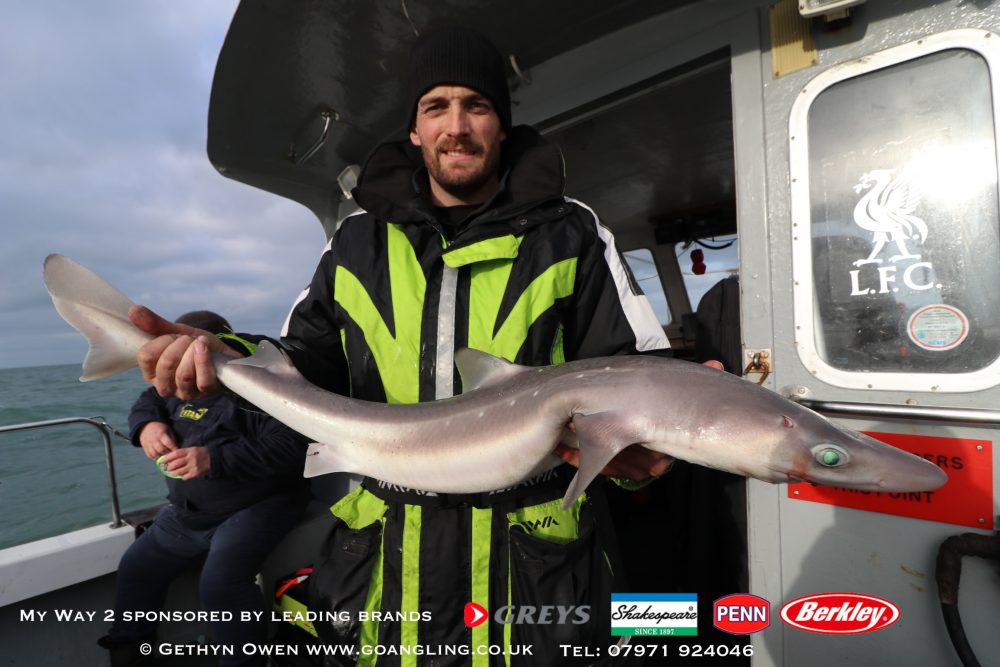