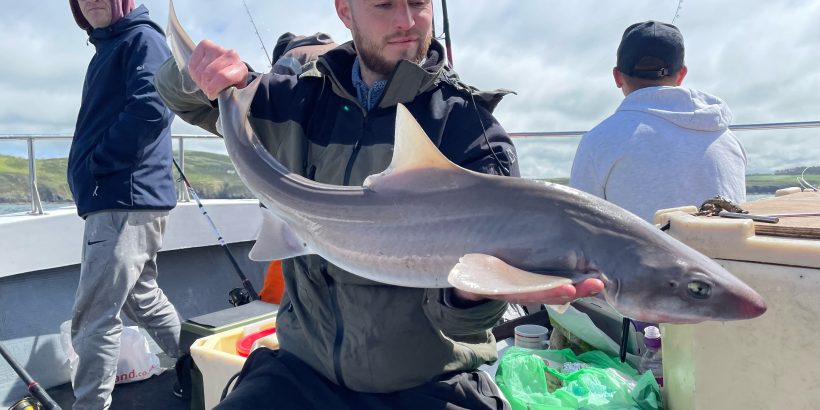 Our annual Smoothhound Challenge sponsored by PENN kicked off on Weds with yet another ever changing forecast. Setting sail early morning the light winds turned into strong onshore west winds that kept everyone on their toes as the boat moved in the tide. Never the less, we battled on and caught a good few hounds. Our total for the day was 36, however the majority were well below a My Way average at around 8lb. We managed a few double figures with Danny Lewis coming up trumps at 13lb 8oz winning him a PENN WRATH Bolescopic rod and PENN BATTLE […]

END_OF_DOCUMENT_TOKEN_TO_BE_REPLACED

It is important to check your braid / mono regularly through each session, ensuring no abrasion issues that may result in a lost fish! We look to renew the braid on our reels every year, or sooner if need be. We much prefer braid over mono especially when drifting over deepwater wrecks off Anglesey, the low diameter allows for less drag in the tide, so less lead required. Berkley and Spiderwire are long established as market leaders in braid, with Berkley Fireline regarded as the best in the modern Superlines for over 2 decades. A reputation for being strong and […]

END_OF_DOCUMENT_TOKEN_TO_BE_REPLACED 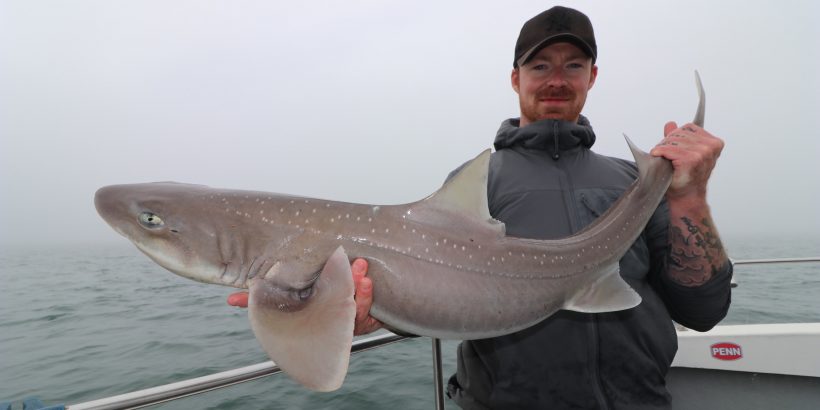 Hoping for some settled weather next week and our annual Smoothhound Challenge competition, once again sponsored by PENN Europe. Running between May 23rd & 27th 2022, simply catch the biggest Smoothhound of the day and WIN a brand new PENN Wrath Bolescopic rod & PENN® Battle® III 4000 reel. The PENN® Battle® III is now stronger, smoother, and more durable than ever before. By matching our proprietary CNC Gear™ Technology, HT-100™ carbon fiber drag system, and a Full Metal Body, the Battle III has the guts and drag to handle serious abuse. Ranging in size from 1000 to 10000, the Battle III series […]

END_OF_DOCUMENT_TOKEN_TO_BE_REPLACED 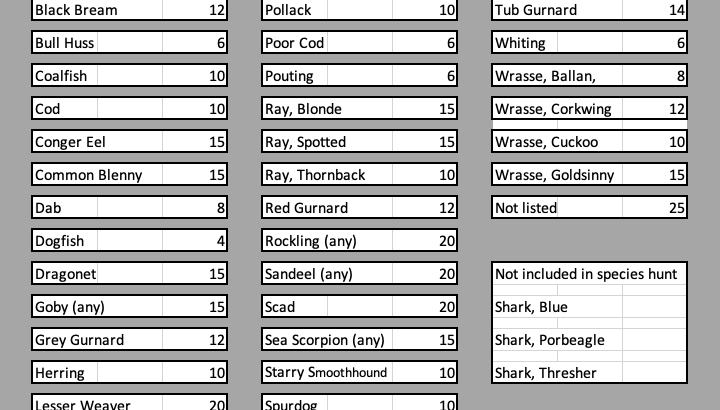 The My Way 2 species hunt returns for 2022 sponsored by PENN & BERKLEY Europe With 2 hugely successful and popular hunts over the last couple years plans are now complete for the return of this popular event for the season ahead. Anyone catching a fish aboard My Way 2, simply uses the boat species card while afloat and takes a quick photo of the card alongside their catch. At GO Angling we then record and keep track of who has caught what species, issuing regular updates for all involved.  Each card will be dated for that day and must be […]

END_OF_DOCUMENT_TOKEN_TO_BE_REPLACED 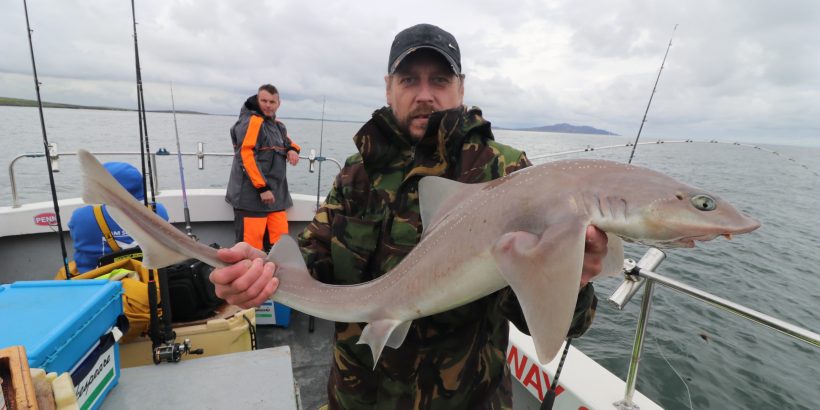 The Smoothhound Challenge has become an annual event aboard My Way 2 with anglers looking forward to catching plenty of big starry hounds with the chance of winning a great prize too … simply catch the biggest Smoothhound of the day and WIN a brand new rod & reel. The challenge returns once again for 2022 with the continued great support in prizes from  PENN UK with one rod & reel combo available to WIN each day. Running between May 23rd & 27th 2022 with day & evening trips scheduled, there is a PENN Wrath Bolescopic rod with PENN® Battle® III 4000FS […]

END_OF_DOCUMENT_TOKEN_TO_BE_REPLACED 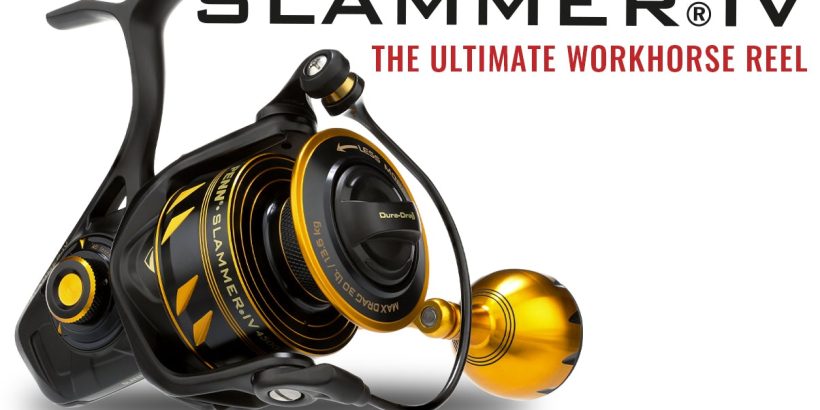 The fourth generation of the Slammer® spinning reel raises the bar to the next level of what you can expect from a reel. With a reduced rotor weight, improved IPX6 sealing, sealed line roller with hydrophobic bearing, reduced minimum drag (Dura-Drag) and an additional ball bearing in the spool, the Slammer IV® is fluid, fast and fierce. The Slammer® IV comes in a variety of sizes ranging from a brand new 2500 size up to 10500. The 2500 models are equipped with our HT-100™ Carbon Fiber Drag System, while the 3500-10500 sizes are equipped with our Dura-Drag system. All fitted […]

END_OF_DOCUMENT_TOKEN_TO_BE_REPLACED 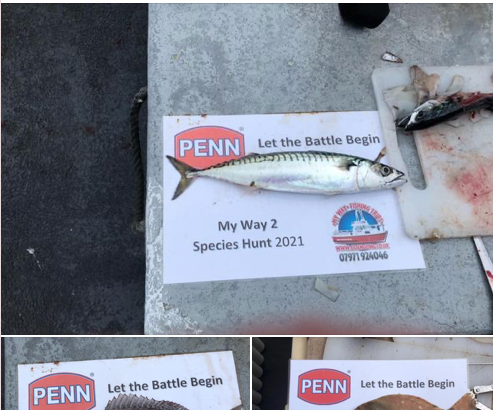 As 2022 gets underway we can now announce the results of our 2021 My Way 2 Species Hunt. The Hunt was generously sponsored this year by PENN Fishing UK, with tackle vouchers available for the top two places. With various lockdowns and control measures upon us the early part of 2021 we never got underway until the end of April as restrictions were eased. The anglers taking part returned a total of 34 species. Minis species such as the common blenny and rock goby at the one of the list to a fair sized porbeagle at the other. We have caught […]

END_OF_DOCUMENT_TOKEN_TO_BE_REPLACED 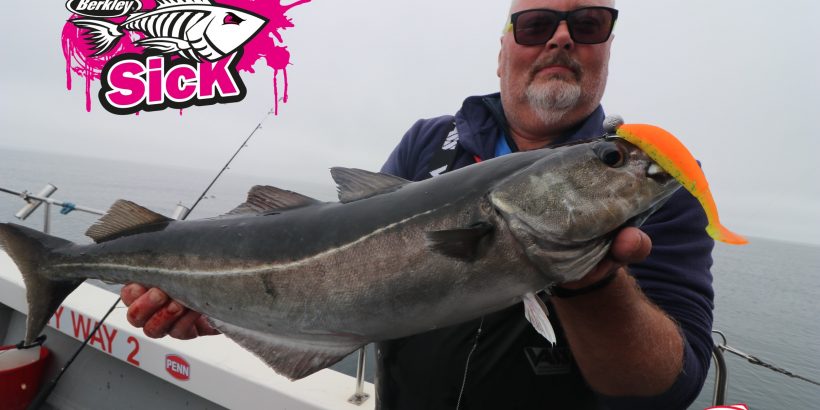 The Sick Flanker is a high-profile paddletail that creates a high amplitude vibration on every speed. This bait makes a lot of noise and is idea when searching for numerous species in both fresh and salt water situations.   Over the past month, they’ve been highly successful for coalfish, pollack and codling aboard My Way 2.   FEATURES   * Powerbait scented softbaits * Very souple material * Heavy flanking action at any speed * life-like and bright color patterns * High-profile softbait * High amplitude vibration at every speed * Perfect for powerfishing and as a searchbait   That […]

END_OF_DOCUMENT_TOKEN_TO_BE_REPLACED 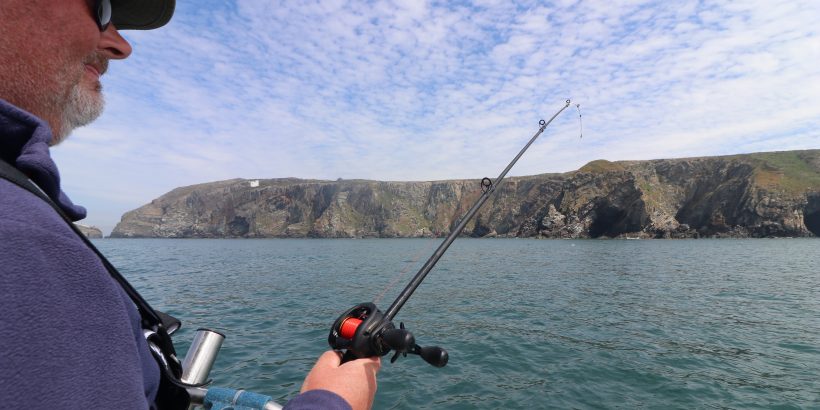 2nd in our 2020 My Way 2 species hunt, Graham Chadwick won a £200 voucher to exchange for new gear from the Pure Fishing range.   With more species and fishing enjoyment in mind, Graham opted for a rod & reel from the new PENN ranges.   PENN Wrath Bolescopic rods are available in two different versions; a lighter 7 ft version that can be used with weights up to 110g and a 8ft version up to 250g. These easy-to-transport bolo rods are well balanced and due to the sensitive tip, the rods have a perfect bite registration.   The […]

END_OF_DOCUMENT_TOKEN_TO_BE_REPLACED 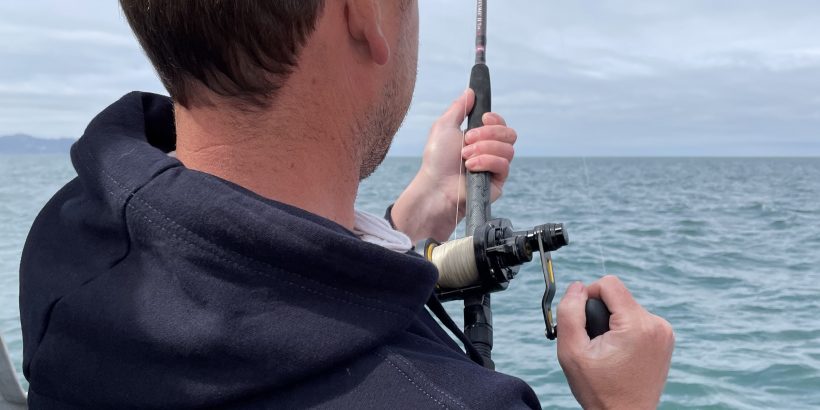