When we embarked on our sponsorship deal with Pure Fishing, it was important for us to obtain the right equipment for our waters. With the likes of Penn, Abu Garcia and Shakespeare all part of the Pure Fishing family of companies, we had quite a decision to make on the exact products that suited our needs.

Reels had to be robust enough to endure the rigours of novice handling, especially line lay, so a strong level wind in particular was essential. They also had to be fairly easy to use. Drag system being crucial, for personal fishing I love the ease of a lever drag reel and value my Penn Fathom 15 twin speed immensely, but feel a star drag is better suited to novice anglers and our general hire rod clientele, simply for its controlled spool release and the incremented drag system. 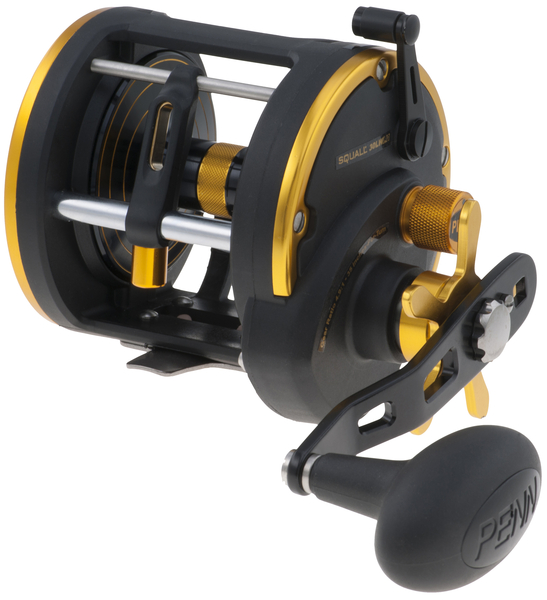 I opted for the size 20 reel over the 15, you could argue slightly oversized for our general all round fishing, but for My Way, this was to allow for the potential of line loss in a day should we tangle or snap off, this leaves us with slightly more line available on the day before the need to re spool the reel. We acquired 8 for the boat and they have been in use over the last 2 years offering a true test of time.

One of the reels was notched on the reel foot, and ensured this was used on every day our equipment was requested. Give or take a few days, that particular Penn Squall reel has been used over the last two years on over 200 separate occasions.

My reel care for the boats equipment is no different to my personal reels. After every use, and on the odd occasion maybe after two days; if they’re required a second day running, but no longer, the reel is washed and wiped under a tap of warm water, then placed in the airing cupboard overnight to dry off. I then put them in a box and always give them a quick blast (more of a haze) with WD40 or another water repellent on the outside, only quick and careful as you don’t want this to enter the reel as it can degrade any lubricants or greases involved inside. 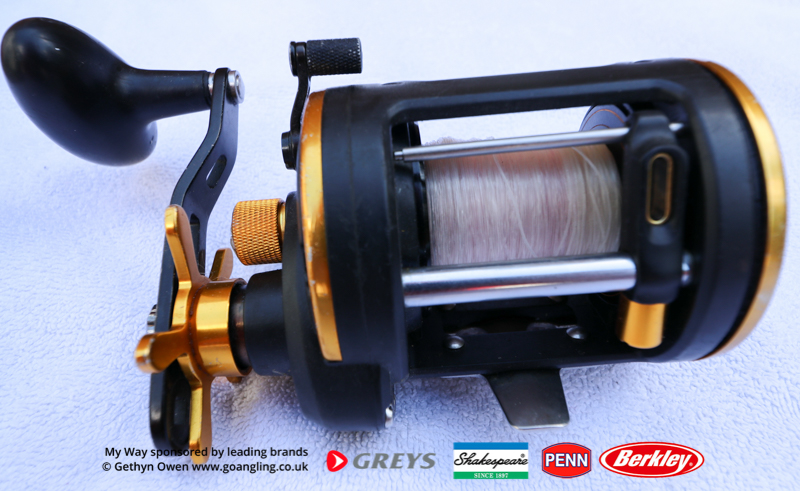 These photos show the condition of the reel now. There is no corrosion or significant chipping/flaking on the plates or spool. 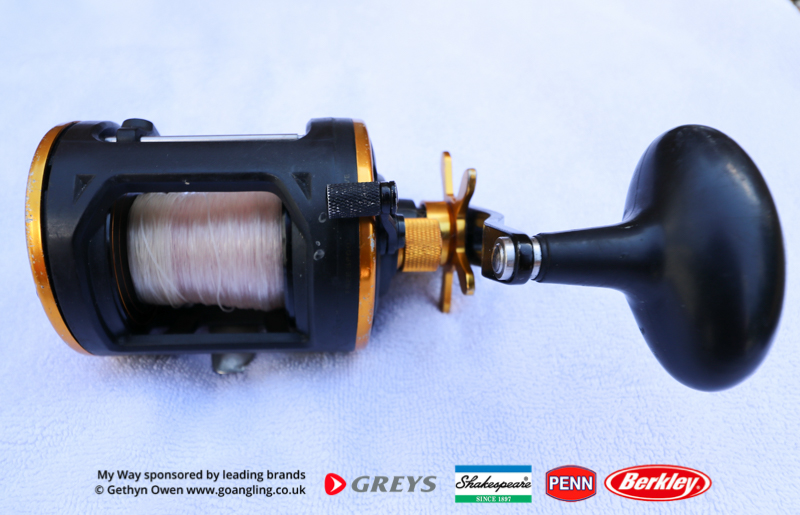 After two years of constant use and believe me the odd bit of abuse, the reel was all but functioning fine, but some play was noticed in the level wind (a couple months ago) requiring further investigation. It was found that the idler gear for the level wind on this reel was worn and needed replacing. 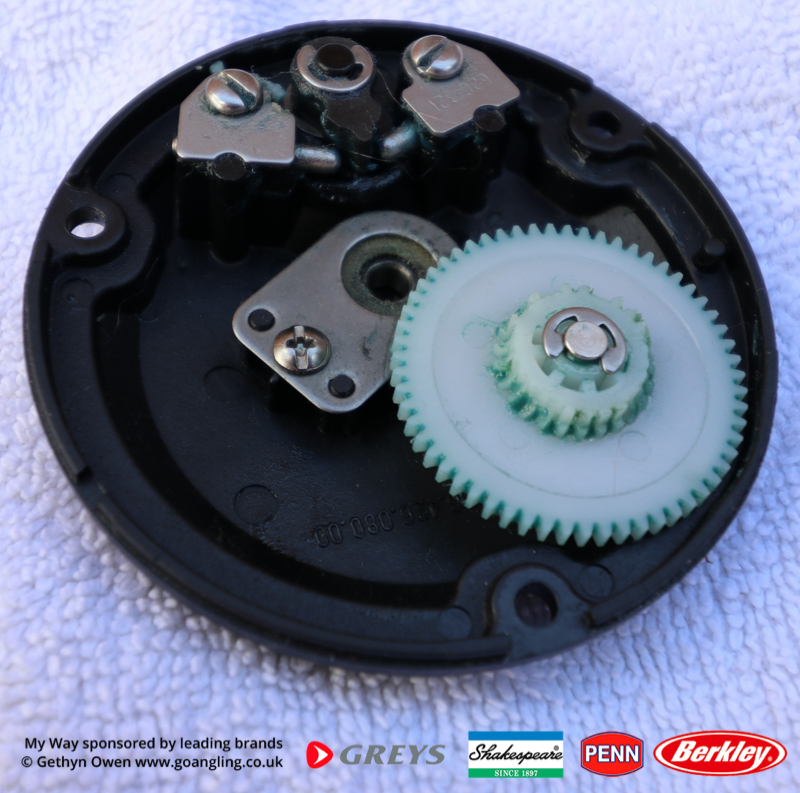 This part is plastic and runs with a brass gear to control the level wind and lay the line correctly onto the spool. The gear is easy to replace at a cost of only £8 plus postage from Penns official UK service agent. 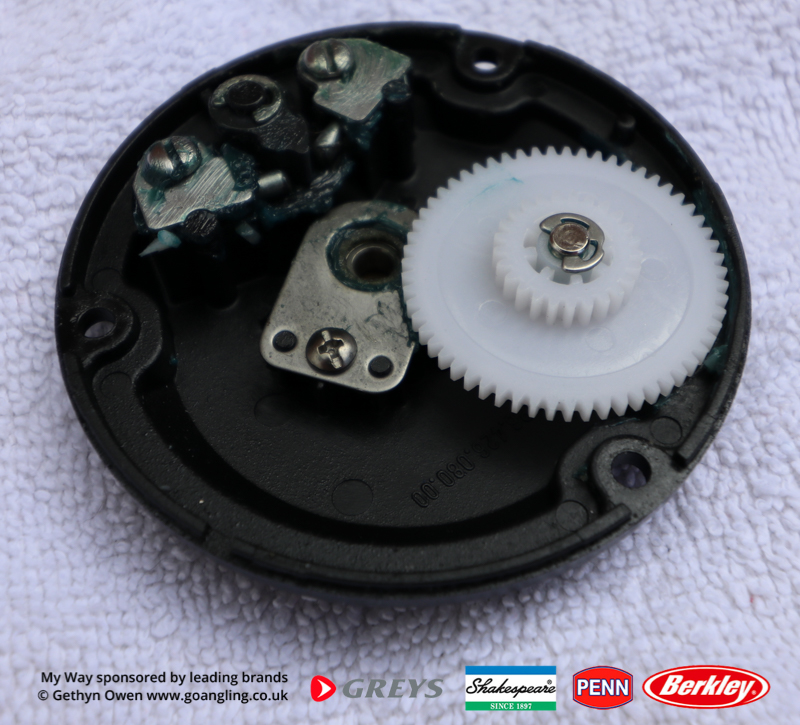 So lets put this into perspective. Around 200 trips, and lets estimate 3hrs use a day (it is really is hard to quantify a time when you consider travel time to marks, waiting for a bite etc.) we have a figure of 600hrs in the hands of less experienced anglers and only requiring an £8 idler gear!

Looking at the other Penn Squall 20LW reels we have two spool release lever fixing screws that needed replacing and one actual spool release lever, the latter my own fault as I put the release lever somewhere safe when waiting for the new screw. It’s still in that safe place, just wish I could remember where!

Another two reels are showning signs of wear on the level wind and will no doubt need replacing soon, everything else though, including the drag system, the handles and the spools are all in great condition and I am in no doubt have a good few years service to My Way and her anglers ahead of them.

In a nutshell, I find the reels faultless.

The Penn Squall 20LW is fairly priced at £119.99rrp in quite a competitive market and offers the angler total value for money. The Penn Squall range has 3 sizes, 15, 20 and 30 with the 20 & 30 also available in left hand versions. If you’re after a great new reel that offers superb value for money, a Penn Squall has to rate very highly in your consideration. 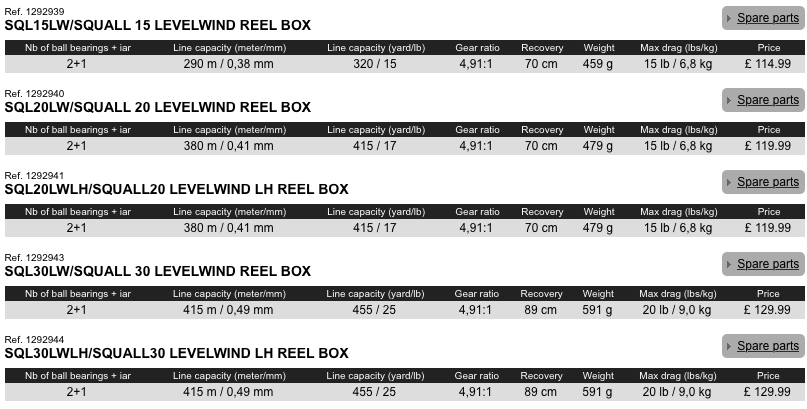 Anglesey Bait Centre in Beaumaris is a Pure Fishing Stockist and has some great deals on the premises and mail order. You can visit their website here http://angleseybaitcentre.com