The cuckoo wrasse is possibly the most colourful and striking looking fish we have in our seas.

This wrasse is long and slender in comparison to the ballan. it has one long dorsal fin.Mature males tend to be striking blue and a reddish orange colour. The male heads tend to be a very bright blue colour. The fins on a male cuckoo wrasse also have a blue edge to them. During mating season the brightness of the head decreases and exhibit white flashes. 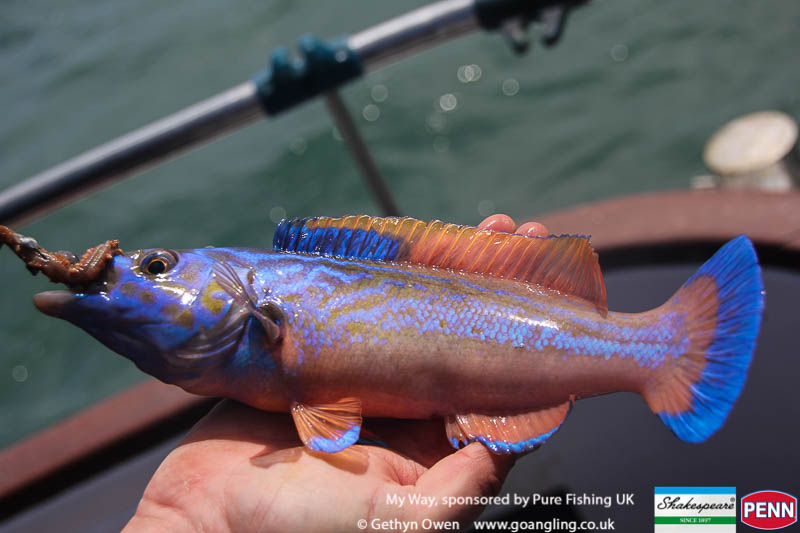 Female cuckoo wrasse and immature males, tend to be a pinkish colour. the female chaving 3 dark blotches on the base of the dorsal fin. 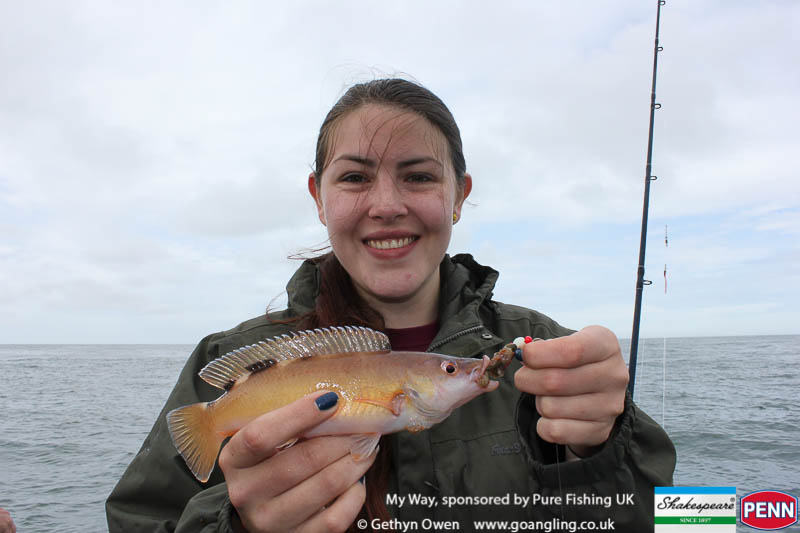 They feed predominantly on crab, mussel, shrimp and worm. Ragworm being the most effective from a boat angler’s point of view for wrasse in numbers. Another firm favourite with cuckoo wrasse is ragworm tipped with the belly white of mackerel.

A General Fishing day aboard My Way 2 will almost certainly result in an hour or so drifting for wrasse. 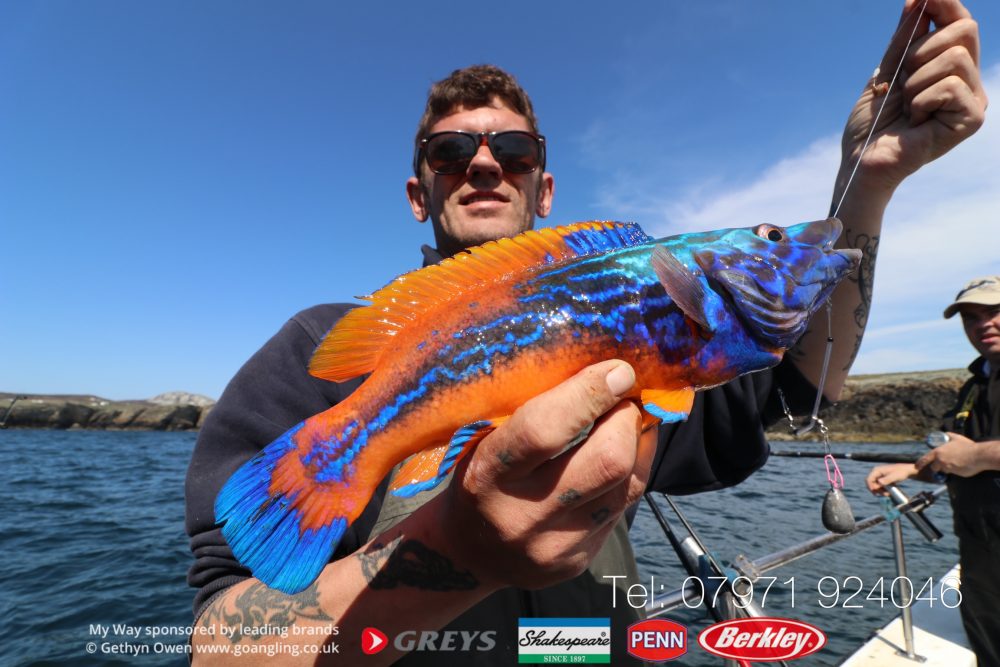 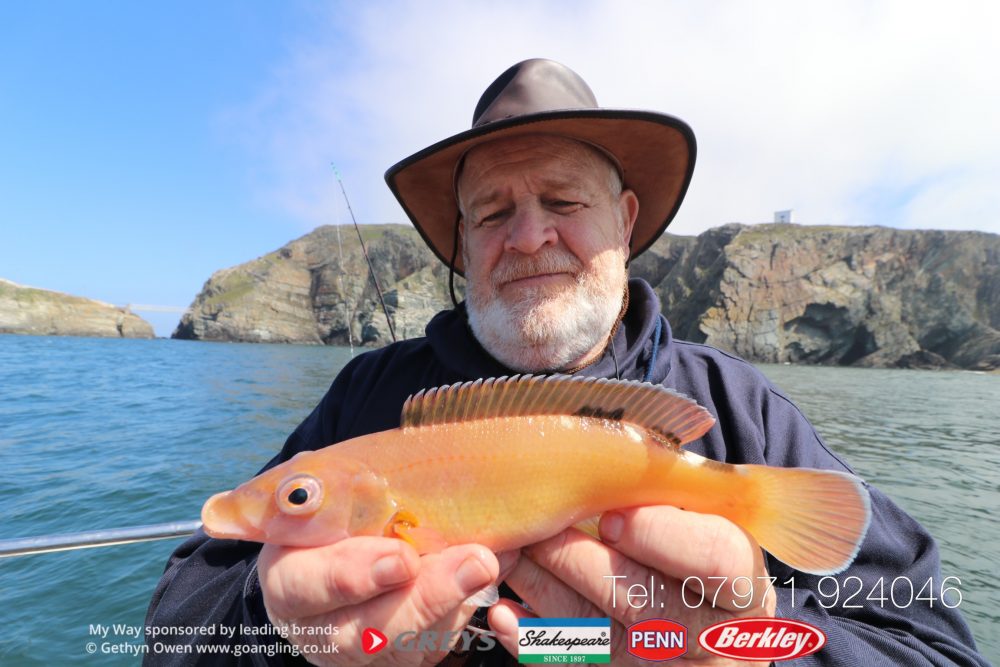